Ties between the UAE and Iran have appeared to warm, especially following news about the former’s plan on sending an ambassador to Tehran.

Iran’s Foreign Minister Hossein Amirabdollahian said on Tuesday he discussed regional cooperation in separate phone calls with his counterparts in Qatar, Kuwait, and the UAE.

“Consulting on regional and international issues and examining solutions to develop relations is one of the requirements of the neighborhood policy. We will accelerate mutual cooperation with neighbours,” tweeted Amirabdollahian.

The Iranian diplomat added that “foreigners cannot hinder the process of regional cooperation.”

The phone calls are some of the latest discussions between Iranian and regional officials as Tehran’s ties appear to warm between various countries in the region, namely Saudi Arabia and the UAE.

Kharrazi also said Qatar had proposed a regional dialogue with Iran that was welcomed by the Islamic Republic, without disclosing further details on the matter.

Qatar has long called for talks between Gulf Arab nations and Iran and previously offered to mediate between Tehran and Riyadh.

Fresh diplomatic efforts come after the signing of the historic Al-Ula Declaration, which ended the region’s worst diplomatic rift. The dispute was triggered when Saudi Arabia, the UAE, Bahrain and Egypt imposed an illegal air, land and sea blockade on Qatar.

In order to lift the blockade, the quartet demanded that Qatar severs its ties with Iran along with 12 other demands – all which have been rejected by the Gulf state.

Ties between the UAE and Iran have appeared to warm, especially following news about the former’s plan on sending an ambassador to Tehran. The UAE had summoned its ambassador in 2016 at the height of tensions between Riyadh and Tehran.

Saudi Arabia severed ties with Iran at the time after the storming of the Saudi embassy in Iran following the execution of Shia cleric Nimr Al-Nimr.

The Iranian foreign ministry quoted Sheikh Abdullah saying,“We have zero doubt that not only can we make bilateral ties warm again but also we are able to open new horizons in ties, especially at a time when we are facing numerous challenges in the region, including environmental and climate challenges.”

“For us, peace, stability as well as the good and dignity of Iran, as a neighbor and brother, is highly important, because this will also have a positive effect on our own country and we hope that in the future, we will be able to take longer strides in expanding relations between the two countries”, the UAE foreign minister said.

The Iranian diplomat noted that the “presence of the Zionist regime in the Persian Gulf will cause instability and insecurity” and Tel Aviv attempted to turn the 16 July Jeddah conference “into a regional crisis”.

Qatar hosted indirect talks between the US and Iran last month in an effort to revive the nuclear accord, technically known as the  Joint Comprehensive Plan of Action (JCPOA).

This came a year after talks pushing for the restoration of the accord kicked off in Vienna, with the participation of the P4+1—the UK, France, China, Russia plus Germany.

However, the latest rounds of talks yielded no results as Iran continues to demand the lifting of crippling economic sanctions imposed by the US.

On Monday, Tehran’s foreign ministry spokesman Nasser Kanaani told the press that Qatar and Oman announced some initiatives in an effort to restore the 2015 nuclear deal, without providing further details.

EU foreign policy chief Josep Borrell wrote on Tuesday in an opinion piece in the Financial Times that he has “now put on the table a text that addresses, in precise detail, the sanctions lifting as well as the nuclear steps needed to restore the JCPOA.” 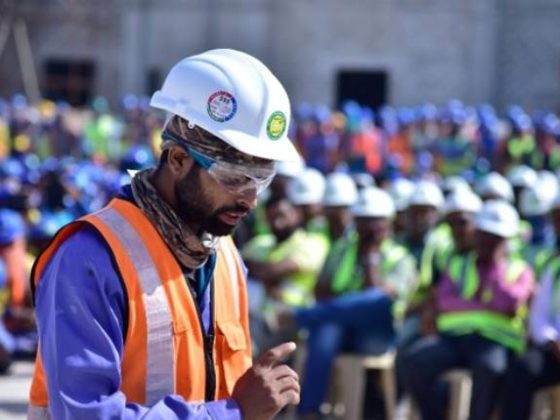