Glaucoma is an eye condition that can cause damage to your optic nerve. Here is all you need to know.

The optic nerve is responsible for supplying visual information from your eyes to your brain. Glaucoma is usually caused by a fluid build-up in the front part of the eye that causes abnormally high pressure in the eye.

Where does this build-up come from? The back of the human eye continuously makes a clear fluid that we call aqueous humor. This fluid, as it is made, fills the front part of the eyes, then leaves the eye through specialised channels in the cornea and iris.

Sometimes, these channels can get blocked or partially obstructed causing the natural (normal) pressure in your eye, known as the intraocular pressure (IOP), to increase. As the IOP increases, this may cause damage to your optic nerve and as this damage progresses.

When neglected, this increased pressure can erode the optic nerve tissue over time, leading to vision loss or even blindness. However, if detected early, additional vision loss can be avoided.

The causes behind the increased eye pressure are not always known. However, specialists believe that the following factors can play a role:

According to the World Health Organization (WHO) glaucoma is the second leading cause of blindness for people over the age of 60 worldwide.  While it can occur at any age, it is more common in older adults.

What are the signs and symptoms of glaucoma?

Some forms of glaucoma have no warning signs at all, and the loss in vision often happens so gradually that you may not even notice the change until the condition reaches an advanced stage.

Given that vision loss resulting from glaucoma cannot be reversed, it is extremely important to have regular eye exams where eye pressure is also measured, so as to allow for early detection and treatment.

Why you shouldn’t take ‘burnout’ lightly

If glaucoma is detected earlier on, vision loss can be slowed or even prevented. However, the presence of the condition means you’ll generally need treatment for it for the rest of your life. Unfortunately, even with the appropriate medical treatment, approximately 15% of people with glaucoma will become blind in at least one eye within 20 years of diagnosis.

Primary open-angle glaucoma is the most common type of glaucoma and, unfortunately, the only signs or symptoms are gradual vision loss, further reinforcing the need for routine ophthalmologist checkups to monitor any changes in vision.

On the other hand, narrow-angle glaucoma (also known as acute-angle closure glaucoma) is considered a medical emergency, with a variety of symptoms including:

If you are experiencing any of these symptoms, it is important to seek medical attention immediately.

Secondary glaucoma occurs often as a side effect of an injury or another existing eye condition such as eye tumors or cataracts. It can also occur as a side effect of some medicines such as corticosteroids, or (rarely) even as a byproduct of eye procedures/surgeries.

Am I at risk for glaucoma?

The largest risk factor for glaucoma is age. People over 60 are at an increased risk of glaucoma, and this risk increases slightly with each year of age.

Ethnicity is another risk factor. In certain ethnicities, the risk of developing glaucoma starts increasing much earlier on. For example, if you’re African American, your increase in risk begins at the age of 40.

Glaucoma can also run in families, depending on the type. Therefore, if your parent or grandparent has open-angle glaucoma, you are at a higher risk of developing the condition.

Sometimes glaucoma can occur as a result of other existing eye conditions. These conditions can be chronic or can occur because of physical injury or trauma to the eye such as being punched in the eye.

Read also: All you’re itching to know about eczema

How is glaucoma diagnosed and how is it treated?

In order to diagnose glaucoma, your ophthalmologist will typically perform a comprehensive eye test to check for signs of deterioration of vision, or loss of nerve tissue. They will also want to record a detailed account of the different symptoms you’ve been experiencing as well as your family history of glaucoma. Your ophthalmologist may also ask for a general health assessment, to rule out any other health conditions that could have an impact on your eye health such as the existence of diabetes or high blood pressure.

The main goal of glaucoma treatment is to reduce IOP and to attempt to stop any additional vision loss from occurring. Typically, eye drops are prescribed as a first step of treatment. If these drops don’t work, advanced treatment is needed and your doctor may suggest more medicines, or even surgery.

Surgery is usually recommended when it is a blocked/slow channel that is causing increased IOP. The surgery will allow for a drainage path for fluid, or to destroy the tissues that are causing increased fluid.

Angle-closure glaucoma is treated differently. For this type of glaucoma that is considered a medical emergency, immediate treatment is required in order to reduce eye pressure as quickly as possible. If medicines don’t work to reverse the angle closure, a laser procedure known as laser peripheral iridotomy may be performed. This procedure creates small holes in the iris to allow for the movement of the fluid that is building up.

Because glaucoma can’t be prevented, it is crucial that it is caught and diagnosed early on. The best way to do this is to schedule an annual preventative eye care appointment with your ophthalmologist.

The simple tests that are performed during these appointments can help detect damage from glaucoma earlier on, before it advances and before it affects your eyesight. 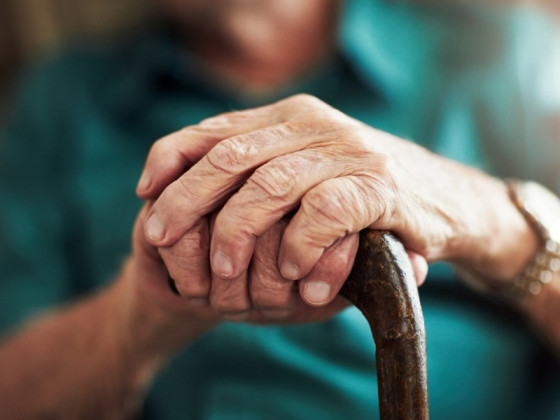