Doha came behind Dubai to make it the second in the Middle East and the Arab region.

The Qatari capital has been rated as one of the world’s best cities to live in by Resonance Consultancy, a renowned global advisor on placemaking, branding, and marketing for the best cities, districts, developments, and destinations globally.

The platform states that it uses a combination of statistical performance and qualitative assessments by locals and visitors in 24 areas divided into six core categories to rank global cities (principal cities of metropolitan areas with populations of more than one million).

The largest city within each metropolitan statistical area is a principal city. Place, Product, Programming, Prosperity, People, and Promotion are among the categories.

Doha is ranked the 27th Best City in the World to Live in, Work in, Invest in, and Travel to.

According to the report, with Doha as its crown jewel, Qatar has its sights set on becoming the next major tourist destination in the Middle East.

“In less than a century, Qatar went from a poor UK protectorate with a dwindling fishing industry to an independent nation that today is the richest state per capita in the world—with booming infrastructure development to match. Doha is top globally for GDP per Capita, Employment Rate, and our overall Prosperity category,” the report said.

“With shrewd investment of oil wealth, the Qatar Investment Authority is estimated to be worth almost $450bn,” it added.

Doha came in second in the Middle East and Arab region, ahead of Abu Dhabi, which was ranked 28th, and behind Dubai, which was ranked fifth worldwide. Four Arab cities are among the top 100 global cities, with Riyadh coming in at number 83.

London, Paris, New York, Tokyo, Dubai, Barcelona, Rome, Madrid, Singapore, and Amsterdam round out the top 10 cities overall. Kyiv, the capital of Ukraine, was designated as the honorary 2023 World’s Best City in the report, which called it “an urban beacon of courage and resilience leading a defiant nation.”

The Gulf nation has rapidly developed its infrastructure, including cutting-edge highways, a metro system, universities, the Museum of Islamic Art, and the stunning new National Museum of Qatar, making its city a popular travel destination.

The Lusail Iconic Stadium, which served as the site of the final, the cutting-edge Stadium 974, and the Al Bayt stadium all served as showcases for architectural marvels during the FIFA World Cup Qatar 2022.

Resonance Consultancy also made note of the astounding 100+ brand-new hotels that have opened in and around the city, including two Waldorf Astoria hotels in addition to the Fairmont and Raffles Doha, which are both housed inside the Katara Tower’s U-shape.

The listing comes as reports say Qatar has made plans to increase the tourism sector’s contribution to the gross domestic product (GDP) to 12% by 2030 as part of its strategy to solidify its position as a top international travel destination by luring 6 million visitors yearly.

The cruise season, which is expected to receive more than 100 visits and about 300,000 visitors, is one of the most well-known events of the new year, according to the Qatar News Agency (QNA).

With the FIFA World Cup Qatar 2022 coming to an end, Qatar is steadily moving forward to achieve its National Vision 2030, which aims to diversify the national economy.

By increasing its GDP contribution from 7% to 12%, doubling job opportunities, and maintaining efforts to strengthen Qatar’s position as a top global destination for service excellence, the tourism sector is at the forefront of industries that support this trend.

The Arab Ministerial Council for Tourism recently chose Doha to serve as the region’s tourism capital for the year 2023, which is another step toward strengthening the city’s position as a desirable travel destination. 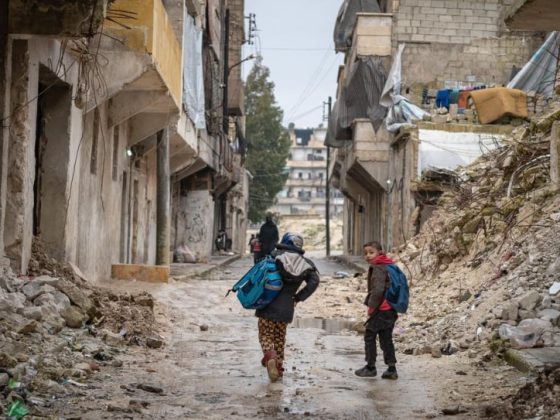