To mark World Elder Abuse Awareness Day, the issue has been brought under international focus, with the people of the region saying more should be done to safeguard senior generations.

The abuse of older people has been recognised by The World Health Organisation (WHO) and the International Network for the Prevention of Elder Abuse as a significant global sticking point that needs immediate addressing.

Elder abuse is defined as a single or repeated act, or lack of appropriate measures, occurring in any relationship where there is an expectation of trust that causes harm or stress to an older person.

Currently, little is known about elder abuse statistics in the Middle East.

As Middle Eastern culture stresses respect for older people, holds the natural bond of affection between members of the family in high regards, and places heavy obligations on family to support members in old age, most older adults in MENA nations live at home and receive care from one or more family members, including children, spouses or other close relatives.

The series, “Shock Prank,” (مقلب الصدمة) usually aired in the month of Ramadan by MBC GROUP, is a testament to Arab society’s emphasis on the role of the elderly and the respect it carries.

One such segment in the series entails that two actors, usually a son or daughter, along with either parent, engage in a quarrel. The child then verbally abuses and exhibits extreme signs of disrespect to the parent to see how strangers respond to the shocking scenario.

The aim of the show is to capture the essence of Arab society and its views on respecting the elderly, as well as raise awareness around elder abuse.

The show is conducted by a hidden camera initially, before revealing the true identity of involved actors.

As of 2016, many experts have noted that the number of care institutions designated to older people remain low in most Arab countries. An explanation offered to such statistics is due to the dependence on house helpers and full-time housemaids brought in to care for the old persons.

There are several challenges covering a series of areas for home caregivers in the Arab region. A general problem that Arab countries are confronted with is the lack of specialisation in the teaching of geriatric medicine, which is the health care of elderly people.

Nursing homes are not well-equipped to house chronic patients, with the elderly being treated by general internists or practitioners and, specifically in Gulf Cooperation Council (GCC) members states, being admitted to acute care hospitals.

Most elderly people complain about “inaccessibility” or absence of specialised home services as well as a lack of social or economic support to the caregivers.

The United Nations noted that Qatar has completed a National Plan of Action for advancing the rights of older persons, alongside Bahrain, Egypt, Jordan, Syria and Saudi Arabia.

The GCC “are oil-rich countries, and hence older retired adults enjoy relatively more privileged conditions than those in the remaining countries of the region,” the UN said.

In 12 Arab countries, including Qatar, laws and policies stipulate that adult children, mainly the eldest son, are responsible for the welfare of their ageing parents.

A study in 2021 by the World Innovation Summit for Health (WISH) revealed that 96% of patients requiring palliative care in Qatar as well as 91% of their caregivers, are unaware of the meaning of the term “palliative care” and what it offers.

Palliative care is a relatively new medical caregiving approach that aims to improve quality of life and curtail the pain and suffering of those with serious and complex illnesses.

The national WISH research, the first of its kind in the Gulf country, studied patients, family members who were caretakers, frontline healthcare workers and policymakers.

Most of the patients studied suffered from non-communicable diseases such as diabetes and hypertension. They explained that their healthcare decisions were influenced by their Islamic religion and Arabic culture.

Noura Ali Hassan from the Ministry of Administrative Development, Labour and Social Affairs (MADLSA), said that the elderly in Qatar represent approximately 2.2% of the population, with this expected to increase to 27.6% by the year 2039.

A study conducted in Al Qatif City, a governorate and urban area located in the eastern province of Saudi Arabia, found that a family’s socio-economic background is a major contribution to the abuse of the elderly.

According to the Saudi-based study, 62% of poor older individuals are exposed to abuse, while only 6% of the older people from wealthy households are abused.

The study also found that care for the elderly is often seen as an obligatory duty and not voluntary.

A study in Thailand revealed that older females were approximately five times more likely to have been abused than older men. 73.7% of the study’s participants believed that older women are more exposed to abuse and neglect than men, with no drastic difference between the female and male participants in their opinions on the matter.

The effective role of civil society institutions, including the Centre of Empowerment and Elderly Care (Ehsan) of Qatar Foundation for Social Work, ultimately provides care and social services for the elderly in treatment and care.

On a societal level, Ehsan publishes “Al Braha Magazine” that focuses on ageing issues and provides advice and counselling.

The Social Security Law to obtain a social security pension for an elderly person who is over 60 years of age and who does not have a capable breadwinner or source of income sufficient enough to live, is one such effort in combating elderly neglect.

The law indicates that social security provides the elderly with financial aid, other allowances and exemptions including housing.

“The response to elder abuse requires a multidimensional approach that spans protective policies to increase care providers’ awareness about the physiologic changes of ageing as well as concerted efforts to correct misinformation about the hidden problem of elder abuse,” a research article suggested.

As means of implementing measures to reduce the occurrence of elder abuse, community festivals and events could be more inclusive to the elderly. This is to ensure that such a sector of society is not isolated from social life and is more integrated.

This in turn normalises the element of the elderly in the society, which raises awareness in the minds of the young generations.

Through campaigns and school programmes, institutions can also educate the young from early age about the elderly and their wellbeing, to nurture a society in which elder abuse statistics are on a steady decrease. 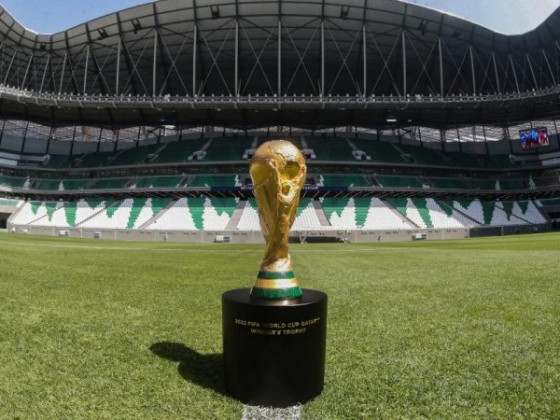 World Cup projects to be completed well before tournament: Qatar 2022