Pundits have been looking at three groups; what is our pick for the toughest group?

Whenever the World Cup comes around, commentators and fans often fixate on a few recurring storylines. When the tournament begins, prediction tables, winner likelihoods and breakout star guesses are all too common.

Perhaps one of the more interesting issues remains identifying a tournaments Group of Death. It’s a great question with the potential to garner plenty of controversy (and some wonder if the Group of Death is actually just a myth).

And this time identifying it is no easier, in fact pundits are torn on who to pick due to how evenly challenging most groups are.

So many difficult groups

Is it Group B, which includes England, Iran, the United States, and Wales, that has the highest average world ranking as defined by FIFA?

What about Group E, which has two of the last three champions (Spain and Germany) as well as two brave underdogs (Costa Rica and Japan) with surprisingly high global rankings?

Then there’s Group G: Brazil is now ranked #1 in the world — and is the overwhelming favourite to win the whole thing — while Serbia and Switzerland are both ranked in the top 25.

We’d be remiss if we didn’t include Cameroon, which placed third at the most recent African Cup of Nations and is poised to do well in Qatar.

Or, is Group C the Group of Death because Lionel Messi and Robert Lewandowski are in it? They’re both in the tail end of their careers, yet they’re still two of the finest players in the world – and two of the best football players ever.

Is a showdown between all-time greats vying for the game’s ultimate reward for the (probably) last time Group of Death-worthy? It is not certain.

Choosing a Group of Death is an art form rather than a science. Sure, there were years when it was simpler to pinpoint than others, such as Group 3 at Mexico 1970 which included England (the defending champions) and Brazil (perennial tournament favorites).

Looking to the past

In that version, an aged but still talented Pelé guided the Seleço past a challenging group stage and on to the championship.

According to Elo ratings, this is the highest-rated group since 1970, and by a wide margin. So in that instance, the eye test matched up with the subsequent data.

Italy got through with a perfect record, and went on to destroy West Germany in the final at the Bernabeu in Madrid. Again, though: there was hardly a clear Group of Death to start the tournament, and identifying them beforehand is sort of the whole point of Groups of Death.

So with all of that historical context in mind, let’s look at what the numbers have to say about the 2022 field. Specifically, we used Elo to rank each of the 32 teams participating in Qatar, and then ranked each group based on the average strength of its members.

The Elo system gives weigh to head to head performance, wins, draws and losses to get to a number rating.

Our choice is Group G (Brazil, Serbia, Switzerland, Cameroon) which is the sixth-strongest group by Elo in World Cup history let alone in this World Cup.

When the disparity between Group G’s average Elo and the rest of the field is compared to how previous Groups of Death compared to their fields, it’s evident that 2022 deviates from the long-term pattern of World Cup group draws becoming increasingly lopsided with time.

After four decades of continuously increasing, the gap between the tournament’s worst and strongest groups has narrowed this year.

So, even the least-deadly group of 2022 — Group A, which includes the Netherlands, Ecuador, Senegal, and, of course, Qatar — is still deadlier than normal.

It is not tough to survive

But what exactly does being in the Group of Death imply? Does it have an impact on a team’s prospects of winning the World Cup? Or is it merely an arbitrary (though entertaining) rhetorical ploy used by experts and fans to generate interest in a large competition like the World Cup?

Only two teams have won the world’s most coveted soccer trophy after sweating things out in the tournament’s hardest group, according to Elo’s Groups of Death dating back to the 1970 World Cup – the famous Brazil side in 1970, and a generationally great Spain team in 2010.

Having said that, three other people have made it to the last round of the Group of Death and lost.

So, in the 13 World Cups since 1970, five finalists have come from so-called Groups of Death – more than the average amount (4.3) if every group had an equal probability of delivering a team to the final. While being assigned to a Group of Death isn’t exactly a breath of fresh air, it’s also not a bad thing.

Pele was resurrected in that loaded bunch from 1970, hellbent on showing to the world that he wasn’t washed-up — that he was still as good as the prodigy who burst onto the scene for Brazil at the 1958 World Cup in Sweden.

England, on the other hand, kept key members of its seasoned core that won the 1966 World Cup at Wembley, as well as a crop of young talent.

England didn’t fare so well, losing 3-2 in the quarterfinals to West Germany after leading 2-0 at halftime, but Pele and Brazil created history. It was the first Group of Death because it was immediately identified as a group that no one wanted to be a part of.

There hasn’t been such a clear Group of Death in a long time, and we surely don’t have one this year.

It’s difficult to predict if we will in the future, especially if FIFA maintains its apparent dedication to balanced groupings. And that’s probably great – defining the Group of Death is too difficult anyway. 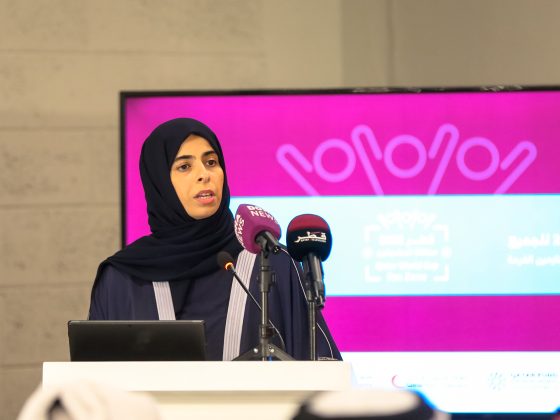