Since the Taliban came to power, questions regarding the provision of aid to Afghanistan have emerged.

US Secretary of State Antony Blinken said the US is working on providing aid to Afghanistan despite existing sanctions on members of the Taliban, the Washington official said during a press conference in Doha on Tuesday.

“We are determined to continue providing assistance to the Afghan people consistent with existing sanctions,” said Blinken.

Earlier, the US officials met with Qatar’s Amir Sheikh Tamim bin Hamad Al Thani to thank him for Qatar’s efforts in assisting evacuations from Afghanistan.

Similar sentiments were shared at the presser on Tuesday morning.

“Qatar went above and beyond, and your generosity helped us save thousands of life…we couldn’t have done it without Qatar,” said Austin, commenting on Operation Allies Refuge, the largest airlift of people in history.

Since the Taliban took over Kabul on 15 August, Qatar has worked to ensure that evacuations are conducted in a safe and timely manner as chaos erupted at Hamid Karzai International airport.

Qatar’s FM told the press that the Gulf state has successfully evacuated at least 58,000 people, most of which have already reached their final destination. The remaining evacuees are safely awaiting the processing of their documents.

Despite ending the US ending its military presence in Afghanistan hours ahead of the 31 August deadline, some 100 Americans remain in the country awaiting to be evacuated.

On Monday, the US helped transfer four citizens from the country in the first US-facilitated overland evacuation since the troop pull out.

Speaking in Doha on Tuesday, Blinken said the US is still committed to ensuring that those who remain behind depart the country soon. Washington is holding the Taliban to a commitment made ensuring safe passage, he said.

Furthermore, the official said the US has been in contact with the Taliban “over the past hours”, noting the group said it is willing to allow the freedom of travel.

When asked about whether Qatar still considers the US an ally following the latest developments in Afghanistan, Sheikh Mohammed said the two countries’ ties are unchanged.

“The US is our most important ally, this relationship has been there for decades….the US has been a strong security, economic and educational partner.

“We have to support [Afghanistan] by building a strong coherent country, that has an inclusive government, the basic rights for the Afghans,” said the Qatari foreign minister.

The resumption of civilian flights in Afghanistan is still a top priority, with technical teams from both Qatar and Turkey being dispatched to Kabul over the past week to repair damages at the airport.

Qatar has also sent batches of aid to Kabul to help alleviate food security concerns. This came after discussions with the Taliban to ensure the airport is open for humanitarian assistance.

“Now what has been fixed is already making the airport capable of receiving charter flights. We’re starting the humanitarian aid flights as a test,” said Sheikh Mohammed.

However, the Qatari foreign minister said they have yet to reach an agreement with the Taliban over the operations at the airport.

Sheikh Mohammed said the current status will enable it receive flights for a limited time during the day, suggesting good news will be expected soon.

The Gulf state has also been ensuring that NGO’s are able to travel back-and-forth to Afghanistan to help alleviate the sufferings of Afghans, who have been lived under decades of war and corruption.

“Our aim is to focus on helping people who want to leave Afghanistan as soon as possible and also encourage UN agencies and other NGOs to provide help and support to Afghanistan. We have facilitated few trips to UN officials to try to reach an understanding with the Taliban to not disrupt humanitarian efforts,” said Qatar’s foreign minister.

On the ground in Afghanistan, reports on Monday said the Taliban captured Panjshir valley making the militants in control of the entirety the country. Panjshir was the last part of the country to resist the Taliban’s rule, with fighting taking place between the militants and the National Resistance Front of Afghanistan [NRFA], commanded by Panjshiri leader Ahmad Massoud.

However, the leader of the resistance group said his forces are still fighting, without providing any details about his whereabouts. Even before the Taliban took over the country, Panjshir resisted the Soviet invasion in the 80s as well as the militants’ previous rule in the 90s.

Over the past three weeks, the Taliban has been saying that a new “inclusive” government will soon be announced, though the group has yet to confirm the members of the upcoming administration.

Contrary to its previous time in power, the Taliban has been making promises to allow women and girls to receive education and go to work on the condition of wearing the hijab. Private universities have also reopened, with images showing male and female students segregated by curtains.

Speaking to Reuters, students and teachers in Kabul, Kandahar and Herat said both genders are taught separately or restricted to certain parts of the campus.

“Putting up curtains is not acceptable,” 21-year-old student at Kabul University Anjila told the news agency on the phone.

“I really felt terrible when I entered the class … We are gradually going back to 20 years ago,” she added. With the Taliban in power, the recognition of the sanctioned group has been at the forefront of questions by the international community.

Commenting on recognising the Taliban, US President Joe Biden said that it is “a long way off”.

Reuters reported that officials at the World Health Organisation [WHO] are warning that hundreds of medical facilities are at risk of closure as western donors refuse to deal with the Taliban.

To fulfil needs, the WHO is providing facilities with supplies and equipment while financing 500 health centres.

It was also working with Qatar to provide medical deliveries. Despite being among the countries that halted humanitarian assistance since the Taliban takeover, Germany said it will continue to provide aid to Afghans.

Meanwhile, UNICEF is warning that the number of unaccompanied minors who have been separated from their families during the rushed evacuations from Kabul is expected to rise.

As of now, 300 children have been registered.

“Some of these children were evacuated on flights to Germany, Qatar and other countries … We expect this number to rise through ongoing identification efforts,” said Henrietta Fore, UNICEF Executive Director.

On Tuesday, Afghan demonstrators took to the streets of Kabul to protest against Pakistan for interfering in Afghanistan’s internal affairs. Several were injured as the Taliban fired shots in the air in attempts to disperse the crowds.

This came after the visit of a Pakistani team led by General Faiz Hameed, the head of the country’s spy agency, known as the Inter-Services Intelligence, or IS.

During the Pakistani delegation’s visit over the weekend, officials discussed with the Taliban bilateral security cooperation to prevent the entry of terrorists into Pakistan.

“It was also discussed that there shall be a check or scrutiny system at the [border] gates to detect individuals who want to harm Pakistan, as per their information, and we don’t know about them because we are dealing with this new situation where doors of prisons had already been opened,” said Taliban spokesperson Zabihullah Mujahid.

Mujahid noted that the closure of border gates should not be imposed on Afghan travellers, including patients, refugee families and workers who need to cross the borders as part of their daily commute.

Pakistan has been criticised by Afghans for reportedly supporting the Taliban, an issue that also impacted its ties with the former government. 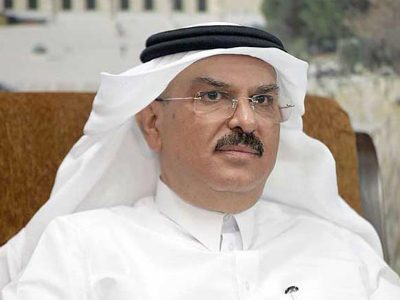