Despite boasting half the per capita income of Qatar, the UAE has been named the top Arab country for human development, according to a new report from the United Nations.

The UAE ranked number 30 in the UN’s 2011 Human Development Report, while Qatar followed closely behind at number 37, up a spot from the previous year. Of the 20 Arab countries on the list, the GCC countries were ranked above the rest, with Bahrain at 42, Saudi Arabia at 56, Kuwait at 63 and Oman at 89.

According to the rankings, which take factors like life expectancy, mean years of schooling and environmental concerns into account, Qatar, the UAE and Bahrain were the only Arab nations to be categorized as “very high human development” countries.

Qatar also enjoys some favorable and dubious distinctions, including: This Week in Doha 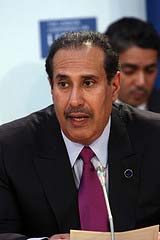