In a blow to the government’s Qatarization plans, a new survey has found that the majority of the country’s unemployed nationals would not consider taking a job in the private sector.

According to the latest edition of the Qatar Statistics Authority’s Quarterly Labor Force Survey, 75 percent of some 1,300 unemployed Qataris surveyed said they were not willing to work at a private company.

Of the 25 percent who would, slightly more men (29 percent) than women (23 percent) favored applying for a non-governmental job.

The number one reason given for their reluctance was unsociable working hours. This was followed by the length of the working day, lower wages than what are offered in the public sector and the frequent requirement to work a six-day week.

Those same reasons help explain why so many employed Qataris also shy away from working in non-governmental posts.

Although the private sector does not generate as much money as Qatar’s government-run businesses, it still employs the majority of the country’s workforce – 74 percent in 2012.

Qataris account for less than 1 percent of this workforce, and only 5 percent of employed Qataris hold private-sector jobs, according to the National Development Strategy (NDS).

As part of efforts to grow the country’s knowledge-based economy, Qatar ambitiously aims to increase that participation to 15 percent by 2016. The logic goes that once the natural gas runs out, nationals must be trained and experienced in key private sector industries – a policy known as Qatarization.

But so far, despite warnings from the Labor Ministry that one-fifth of private sector companies must be comprised of Qatari employees or “face the music,” it has been difficult to advance nationalization goals.

Among the most commonly cited reasons: The private sector doesn’t do enough to attract local talent; the alternative – government jobs – are easier to get, pay better and entail shorter workdays; and there simply aren’t enough qualified Qataris to fill the quotas that have been set.

The NDS suggests several ways Qataris could be encouraged to seek employment with private firms, including boosting social benefits like land and housing allowances. It continues:

“Another option would be for the government to incentivize private companies to hire Qataris by subsidizing training costs, though the amount of such subsidies would need to be carefully determined and the effects monitored.”

Meanwhile, the Permanent Population Committee Annual Report 2012 suggests that new legislation be enacted that guarantees equal salary and benefits for Qataris in the public and private sectors. It is unclear, however, whether most non-government entities could realistically offer such high pay packages.

The report also shows that the unemployment level is stable at 0.3 percent (identical to the first sector of 2013). This extremely low figure is largely because of the kafala system, which ties each expat employee to an employer.

Although more women than men are currently unemployed in Qatar – there are currently 3,147 women classified as unemployed and seeking work here – the statistics show that only half of women actually work for an employer, with the other 50 percent are registered as either homemakers or students.

The figures also show a stark difference in the number of Qatari men and women pursuing higher education: 15,875 male students vs 22,199 female students, statistics borne out by a recent Qatar University graduation ceremony, which celebrated the achievements of a class of 226 men and 845 women.

The report also shows that the average monthly salary for all employees in Qatar in the second quarter of this year was QR9,636, but there’s disparity between the sexes here too.

The average monthly wage for a man was QR10,302, compared to QR7,893 for women – 23 percent less. These figures show that the issue, also flagged up in a Labor Force Survey in 2011, has yet to be addressed.

Note: The headline has been updated to show that the survey reflects the opinions of unemployed Qataris, and not the entire national population. 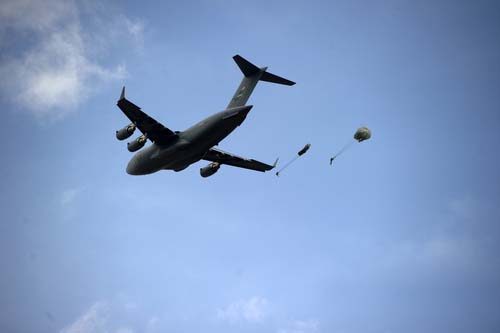 In fourth deal with US since December, Qatar to spend $35 million on arms Cohabitation laws in Qatar cause confusion for hotel guests