Qatar increased spending on its healthcare system by more than 20 percent in recent years, but the amount households had to pay for treatment and medicine fell during the same period, according to a new report by the state’s health authority.

Overall government spending was QR18.3 billion in 2013, according to the Supreme Council of Health‘s (SCH) report “Qatar National Health Accounts 2013,” which has just been published.

Meanwhile, the SCH said that the total amount of money families paid out of their own pockets for healthcare dropped 20.2 percent, from QR1.29 billion in 2012 to QR1.03 billion the following year.

According to the SCH, the findings on personal spending are the result of more accurate data collection, but also reflect the fact that more people began using their health cards to access state-funded care through Hamad Medical Corp (HMC).

The information comes a year after an industry report by Alpen Capital forecast that demand for healthcare services in Qatar would outpace the rest of its Gulf neighbors over the next five years.

Alpen cited the rapidly growing population and the billions of dollars the government plans to spend on new hospitals and other healthcare services over the coming years as the main factors behind demand.

According to the report, outpatient treatment, particularly from hospitals instead of health centers, accounted for nearly half of the “out-of-pocket” medical expenses, while medical goods took up a further third of the costs.

Out-of-pocket payments made up nearly 7 percent of total state healthcare spending in 2013 – significantly lower than the OECD average, which is nearly 28 percent, SCH said.

The figures are so low in part because of the launch of the Seha national health insurance scheme.

The first phase began in July 2013 and gave free medical treatment to Qatari women over the age of 12, and was extended to cover all Qataris last summer.

Seha is eventually supposed to cover all Qatar residents, but the scheme has hit a few stumbling blocks.

These include overcrowding and long waiting times at popular private clinics and hospitals, since nationals can now receive treatment there for free, as opposed to just in public healthcare establishments.

Seha was scheduled to cover Qatar’s expat population by the middle of this year, but in February a senior official said the plan has been delayed until at least the end of 2016.

Overall, expenditure on healthcare, not including spending on new buildings and other infrastructure, rose more than 27 percent to QR15.11 billion between 2012 and 2013.

The government was responsible for the majority of the spending, and significantly increased the amount of money it spent over the year.

By 2013, the government contributed QR12.64 billion – up 34 percent from its QR9.41 billion health spending the previous year.

The amount paid through voluntary insurance contributions also rose over the same time – up 12.6 percent to QR1.34 billion in 2013.

HMC was responsible for more than half the health budget that year (QR8.12 billion), while the SCH managed QR2.7 billion of it and the Primary Health Care Corporation (PHCC) managed QR1.12 billion.

These increases in spending all significantly outstripped Qatar’s population growth, which rose by around 9.3 percent over the same year. The SCH said this was in part due to “medical inflation.”

In the two years from 2011 to 2013, financing of hospitals rose more than 26 percent while ambulatory care (outpatient treatment) providers’ funding rose by more than 20 percent.

The figures show increased spending particularly for hospital inpatient care during the time, which rose 8.3 percent during 2013.

The report said that through 2013, hospitals faced additional challenges by patients staying in for longer and with increased bed occupancy.

“These numbers point to an increasing pressure on the hospital inpatient services as well as the need to analyze the structural reasons for increasing demand for healthcare services and the role of medical inflation,” the report added.

Another notable rise in spending recently is for medical treatments abroad, described in the report as “a very substantial item in Qatar healthcare expenditure.”

This went up from QR0.5 billion in 2009 to QR2.22 billion by 2013, equivalent to just over 14 percent of the current healthcare expenditure and more than the percentage of the budget given to ambulatory healthcare.

While acknowledging the significant increase, the report noted that it forecasts a reduction in this figure in the coming years, as Qatar develops a number of hospitals and clinics, and expands the range of treatments available at home.

Bariatric surgery is one of the areas of medicine which has been particularly in demand in Qatar, as the nation grapples with issues of rising obesity.

In 2013, more than 2,000 bariatric operations were carried out, but with a waiting list of 3,000 for the surgery, many sought the procedure abroad.

However, some had potentially life-threatening complications and in response to growing safety concerns and demand, Qatar has become the first country in the region to cover bariatric surgery under Seha for its nationals. 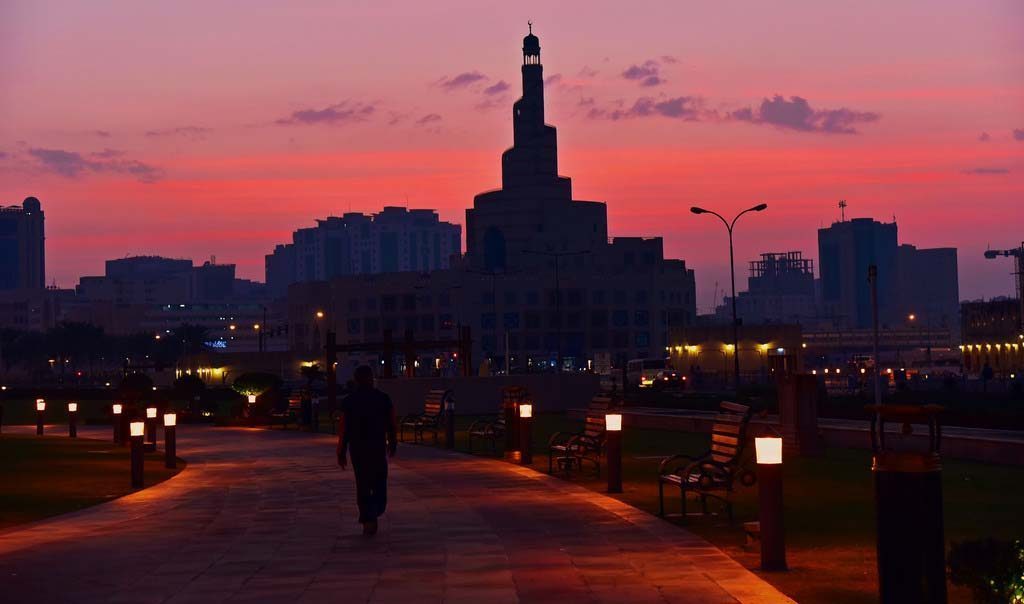