Moody’s Investors Service, a leading provider of credit ratings, research, and risk analysis, said on Thursday that Qatar’s unsecured debt rating is at Aa3 with a stable outlook, despite COVID-19 struggles.

The rating has been pinned on Doha’s resilience in the face of obstacles, including a temporary decline in oil prices and geopolitical tension, Moody’s said.

“The rating affirmation is supported by a number of strengths embedded in Qatar’s credit profile, which underpin the sovereign’s resilience to shocks, including the current shock triggered by the coronavirus pandemic and lower global oil prices,” read the report by Moody’s.

The credit profile reflects the government’s strong financial position, its vast hydrocarbon reserves and the country’s high per-capita income. According to the report, these factors enable a significant shock-absorption capacity and reduce the vulnerability of government revenue to temporary declines in oil prices, such as the one caused by the coronavirus pandemic.

“Qatar’s exceptionally high per-capita income level, which was $132,886 in 2019 on a purchasing power parity (PPP) basis, and the sovereign’s extraordinary natural resource wealth provide an effective mitigant to a period of subdued growth,” Moody’s said.

Additionally, the country’s very low natural gas extraction and LNG production costs, estimated at around $2 per million British thermal units, provide it with a competitive position in the global natural gas market. All these factors greatly contributed to Moody’s rating.

However, due to the pandemic and government spending cuts on the non-hydrocarbon sector, Moody’s expects Qatar’s economy to contract by 3.5% this year. Nominal GDP is also expected to decline by nearly 13% due to the decline in oil prices.

“Qatar’s growth will likely remain subdued in the medium term, averaging 1.5-2% until 2024. While this is higher than the 1% annual growth rate recorded during 2017-19, it is significantly lower than the 3.8% annual average during the previous five years when non-hydrocarbon sector growth benefitted from strong government spending growth,” Moody’s said.

Luckily, the increase in debt is not estimated to last for long. By the end of 2023, Moody’s expects Qatar’s debt burden to revert broadly back to its 2017 level of around 50% of GDP.

This will be achieved through several factors, including spending cuts, the debt repayment exercise which the government plans to carry out before the end of 2021, and the recovery in nominal GDP as a result of the assumed gradual increase in oil prices.

“Moody’s expects that total government spending will be reduced this year by around 14% (or 4.3% of 2019 GDP) relative to 2019, most of which will come from the cancellation or postponement of non-priority infrastructure projects until after the 2022 FIFA World Cup,” said Moody’s. 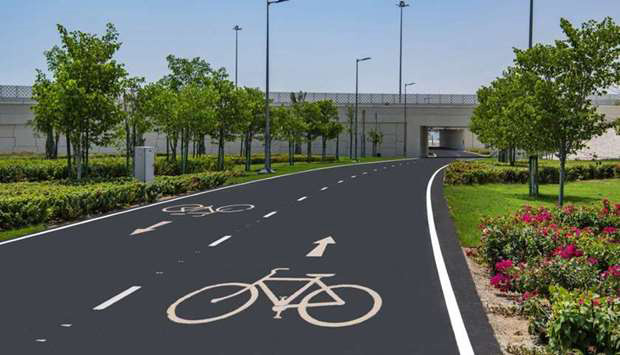