Residents of Qatar have a better grasp of English than most people living in the MENA region, but still have a low overall proficiency in the language, a new report has found.

But the highest-ranking country in the MENA region, Iran at 28th, is still considered to be at a “low proficiency” level. This is worrisome, the index states, because:

English language ability is a key skill for driving innovation, encouraging entrepreneurship, and attracting foreign investment. Leaders in MENA countries would do well to take stock of the relatively weak English skills in their populations and commit to lasting education.

The region’s youth population and strong female showing present a significant opportunity, adds the index, which polled some 1.7 million test-takers to come up with its results.

More than 60 percent of those living in MENA countries are under 30 years old, and studies show English language education can have a faster impact on the adult workforce than in countries with aging populations, the report said.

Additionally, women in the MENA region outscore men in English proficiency by the world’s widest margin. The language could prove to be a “pathway” to female empowerment in a region that the UN says fares poorly in terms of women’s health, workforce participation and general equality, the index concludes. 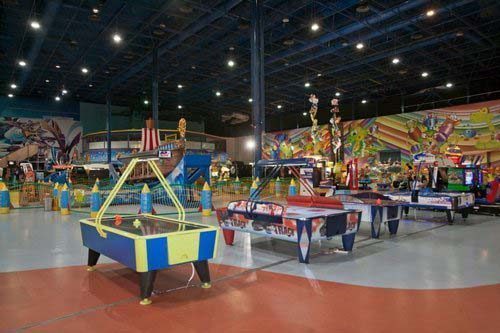 Reports: City Center back to normal, except for Fun City