Qatar has the lowest rate of unemployment in the GCC region at 0.5 percent but experts warn that future trends point towards an escalation rather than a decline.

Among the GCC states, Oman and Bahrain top as far as unemployment is concerned as the rate in these countries is quite high at 15 percent each, with Saudi Arabia trailing with 10.8 percent.

The UAE and Kuwait have lower joblessness rates at 2.2 percent and 2.4 percent, respectively, Al Masah Capital said in a report on unemployment in the Mena (Middle East and North Africa) region.

The region (MENA) has the dubious distinction of having the highest unemployment rate in the world, Al Masah said talking of the political upheaval jolting some countries in the region. 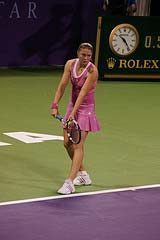 What’s on in February: Food, tennis and Cat Stevens