Despite spending a record $48.9 billion by the end of its most recent fiscal year in March, Qatar’s government has undershot its budget for the first time since 1990, Reuters reports.

The difference in expenditure – QR178.2 billion versus the budgeted QR178.6 billion – seems small, but is significant because the country has historically overspent its state budget – by an average of 23 percent for the past 10 years, the newswire states.

Some big projects, such as a new airport, have been delayed by difficulties in planning, coordination and arranging the necessary resources for them, as well as by bureaucratic obstacles. So the government has so far ended up spending less than it aimed to spend…

(Additionally), development expenditure was 49.3 billion riyals, well below the 62.1 billion riyals which the government had originally earmarked for the year.

Meanwhile, the economy is also poised for a growth slowdown, from 6.1 percent in 2012 to 5 percent this year and the next, according to a newly released report by Bank of America Merill Lynch. In 2011, Qatar saw 17.4 percent growth.

And according to Reuters, which cites finance ministry data, the government has announced a record $57.94 billion (QR211 billion) budget this year, as it forges ahead on a myriad of infrastructure projects before the 2022 World Cup. MET: November rains on the horizon for Qatar 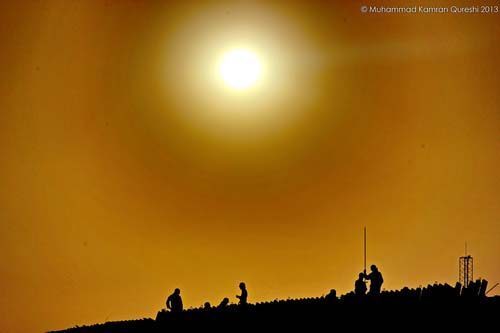