The visit marked his first semi-public appearance since the Gulf dispute erupted two weeks ago.

The National Museum is now eying a December 2018 launch, which is at least two years later than originally planned.

In a statement, Sheikha Al Mayassa, who is also the Emir’s sister, said:

“The museum is the physical manifestation of Qatar’s proud identity, connecting the country’s history with its diverse and cosmopolitan present.

It will reflect a part of every Qatari’s life, representing our roots and identity. The opening of the National Museum of Qatar will firmly position our country on the global map as a progressive, knowledge-based economy with a long and rich history and give Qatar a voice in the world.”

When completed, the museum, located across from the Corniche near the Museum of Islamic Art, is expected to look like a desert rose that appears to grow out of the ground.

It was designed by architect Jean Nouvel, and is made up of several interlocking discs that mimic the crystal formation.

The Emir’s museum visit will likely bolster the spirits of residents who have been rallying around him over the past few weeks.

Sheikh Tamim’s likeness has been plastered on cars, t-shirts, hats, stickers and other paraphernalia around the country.

However, the Emir himself hasn’t been seen out and about since the dispute erupted two weeks ago.

He was due to publicly address the nation shortly after Saudi Arabia, Bahrain and the UAE cut ties, but then canceled the speech at the advice of mediator Kuwait.

It is unclear why the National Museum is so far behind schedule.

A spokesperson previously said construction of the building would be completed by late 2014.

It would then take about six months for the cement “off-gassing,” or the release of emissions trapped inside the facility, to occur.

After that, installation of artwork would take at least a year, she said at the time.

The outside of the museum appears to be almost complete, and “behind-the-scenes” tours of the facility have been going on for months.

When completed, the museum is expected to represent the “past, present and future of Qatar.”

The centerpiece of the National Museum was successfully restored in 2015.

It is the palace of the former ruler and “father of modern Qatar,” Sheikh Abdullah bin Jassim Al Thani.

He lived in the structure from when it was built in the early 20th century until it became the country’s former National Museum in 1975.

There will also be a 220-seat auditorium, two restaurants and a cafe, two shops, a food forum, a research center and laboratories and a park with indigenous plants, QM previously said. 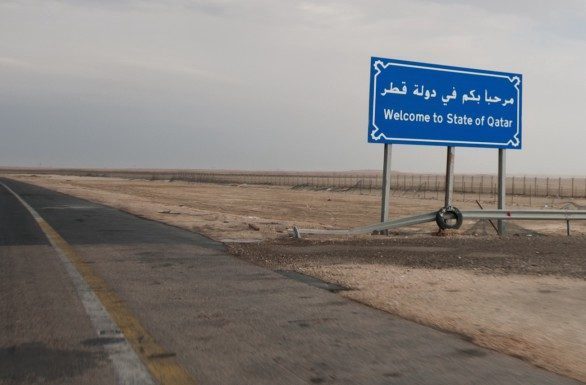 US ‘mystified’ about Qatar blockade, doubts Saudi and UAE’s intentions