Qatar’s young people are by far more optimistic about their futures than their peers in 15 other countries across the Middle East and North Africa.

That’s according to the annual Arab Youth Survey 2017.

It found that a whopping 96 percent of Qatari respondents aged 18–24 years old believe the country has been heading in the right direction over the past five years.

That’s compared to an average of 85 percent among youth in the rest of the Gulf and 52 percent of young Arabs across the region.

Meanwhile, some 86 percent of Qataris surveyed said they were confident that their government is developing the right youth-focused policies.

That’s on par with Gulf sentiment, but much higher than the 57 percent average across the region.

The survey results are based on 3,500 face-to-face interviews with participants from 16 countries in the MENA region.

In a statement, Sunil John, Founder and CEO of ASDA’A Burson-Marsteller, which spearheaded the report, said the results show a growing divide between the MENA region’s haves and have-nots.

“For the GCC states, the findings from this year’s Survey are encouraging. Not only are young people optimistic about the future, they have confidence that their governments are doing the right things for them. This is not the story in the rest of the region.”

One reason why the Gulf appeared to fare better than the rest of the countries surveyed, including Egypt, Lebanon and Yemen, is its education system.

Nearly half of all young Arabs surveyed said they are worried that their schooling is not preparing them for future roles.

However, this sentiment is divided within the MENA region itself.

Some 80 percent of Khaleejis were satisfied with their education, compared to 33 percent of Arabs in North African nations and 34 percent in the Levant.

Meanwhile, for the second year in a row, Qatar stayed off the list of most desirable countries to live in. However, the UAE continued to gain in popularity.

This might be because Arabs think they’ll get a fair shake when working in the UAE. The report states:

“Young people are not looking for wasta (Arabic for ‘connections’) to get ahead, rather they want a waste-free environment that will reward hard work, innovation, merit and playing by the rules.

This might help explain why young people consistently chose the UAE first when asked where the would live if they could live anywhere in the world. They see it as a place of opportunity.”

While the region is divided in terms of optimism about the future, Arabs are pretty unified when it comes to their feelings about the US.

The western ally took a big hit in this year’s survey, with Qatari youth being the most likely to agree that US President Donald Trump is anti-Muslim (87 percent).

And in a departure from last year, the majority of Qatar youth surveyed said they now consider the US to be an enemy.

They are not alone.

In 2016, only four countries expressed this belief — Iraq, Yemen, Palestine and Lebanon. But the list has since doubled this year to include Qatar, Libya, Algeria and Egypt, according to the survey.

Meanwhile, Russia has for the first time replaced the US as the top non-Arab ally in the report.

While Qatar hosts the largest US air base in the region, it has also been growing its ties with Russia. According to the Middle East Institute, the Gulf state now has $2.5 billion invested into the federation.

The thinktank theorized that the money is a way for Qatar to “hedge its bets” amid questions about US policy. 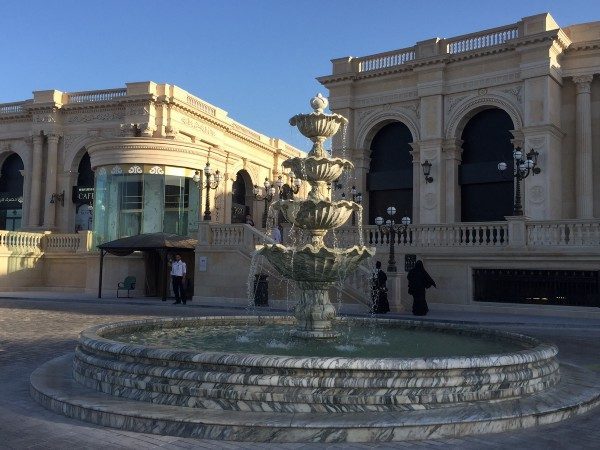