Qatar to reap rewards from its rebel aid? 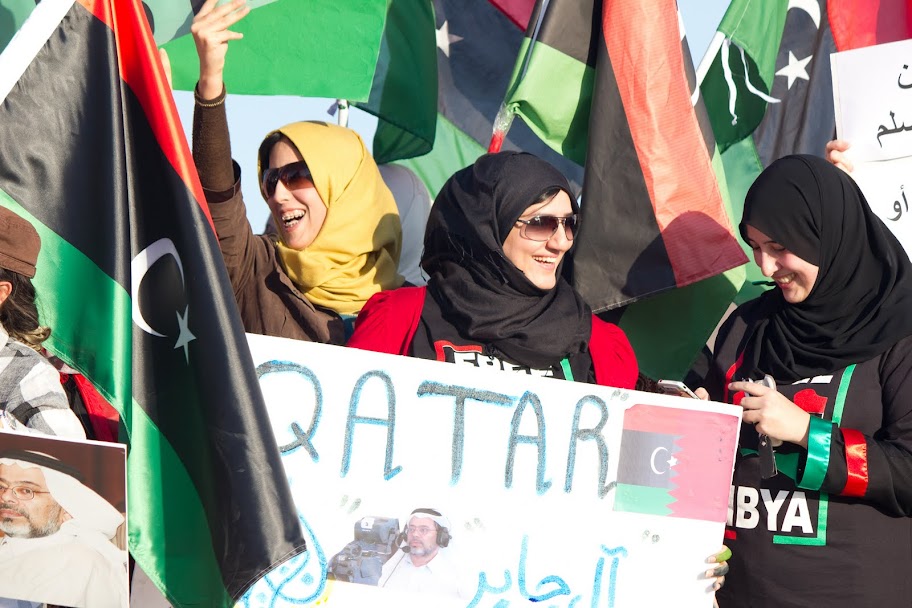 Reporter Nour Malas writes that providing training, equipment and funds to the rebels have left Qatar “best-poised to help mediate a political transition” in a post-Gaddafi Libya.

Specifically, benefits to Qatar outlined in the article include:

Not much else is listed as a reward ready to be reaped.

What do you think? Is Qatar likely to win big for supporting the Libyan revolution? Was political gain the state’s motivation? Or some other reason? And was its involvement worth it?

Credit: Photo by Omar Chatriwala (me) at a Libyan opposition rally in Qatar earlier this year Hamad Hospital to get new appointment system in March