Officials are gathering at a new forum to come up with ways to bring down the number of traffic accidents in Qatar, which jumped some 160 percent between 2000 and 2010, according to Brigadier Mohamed al-Malki, General Secretary of the National Committee for Traffic Safety.

Al-Malki shared the figure while speaking at the Intelligent Transport System and Road Safety Forum, which is being held in conjunction with Ashghal and the Ministry of Interior.

The first goal is to implement an “emergency action plan” that will over the next six months involve identifying common accident spots, reviewing traffic laws and signs and addressing other road safety issues, Al-Malki said, as reported by the Peninsula.

During Al Malki’s speech, which was quoted by the Gulf Times, he also said that the number of vehicles in Qatar grew by more than 130 percent during the same time frame.

Qatar’s rapidly expanding population is putting immense pressure on the country’s road networks. There were 287,500 vehicles on the road in Qatar in 2000, compared to 656,686 in 2010; meanwhile, Qatar’s population has nearly tripled in the last 10 years.

Al-Malki does however point out that traffic accidents in 2011 fell 11 percent from the previous year, possibly due to the introduction of increased fines and points for those breaking the rules of the road.

In a much-lauded move last month, police officers began ticketing drivers who overtook vehicles from the right lane. But many say Qatar should go further to ensure road safety by pulling over other dangerous drivers, including those who speed recklessly.

The state of the roads is a hot topic at the moment, with many residents complaining of ever worsening traffic jams since schools went back last month. 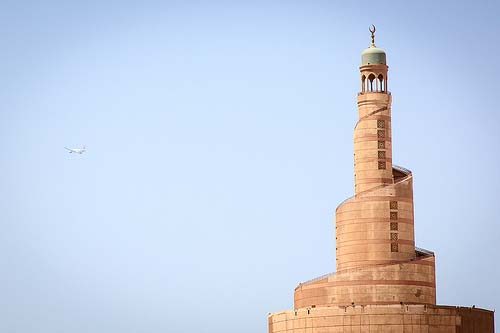 Fanar enters dress code debate with its own modesty campaign