After months of planning and work, Qatar was officially declared the home of the world’s largest flag yesterday by Guinness World Records.

Just in time for National Day, the 10-ton, 101,000sqm “Flag of Gratitude and Loyalty,” which spans the length of 19 football pitches, was unveiled near Lusail City on Monday. The original plan, to unfurl it at Katara Cultural Village’s beachfront, was scrapped due to logistical issues with transporting the flag.

However, the public was invited to celebrate in the festivities at Katara’s amphitheater. Meanwhile, journalists and some students were bussed to the site yesterday to view the flag, which is best seen from an aerial perspective, as depicted by the above shots, taken by Amin Qush while 10,000 feet up.

The first flag record was set in 1976, and has been topped many times since then. Qatar’s flag beats out the record that Romania set in May of this year, with a 79,000sqm flag, according to Marco Frigatti, senior vice president of GWR’s Records Management Team.

Previously, Muqeem Al Khayareen, executive director of the flag project, alluded that once the record was set, the flag would be taken apart and dispersed to nations in need.

Speaking to the Peninsula yesterday, Katara’s general manager, Dr. Khalid bin Ibrahim Al Sulaiti, affirmed a similar plan, saying that under the initiative “We fly together for children’s education,” the flag would be made into backpacks to be distributed to more than 200,000 students in 60 countries around the world.

Though the flag was the theme of last year’s National Day, its presence appears to be stronger this year – draped across storefronts, greeting customers inside of grocery stores and painted on vehicles.

This week, a damper was put on celebrations for some residents following the death of a 40-year-old Qatari man who fell off his roof while trying to hoist the flag ahead of the holiday.

Saeed Rashid Al Sulaiti died on Sunday after a strong wind caused him to lose his balance and fall, according to friends on Twitter.

He was buried in Abu Hamour cemetery last night, the Peninsula reports. 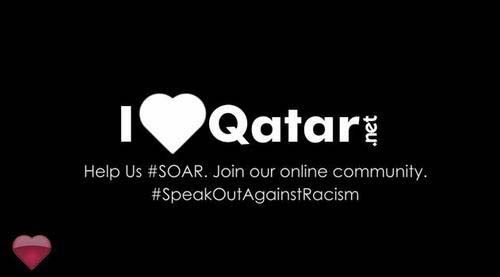