Authorities in Doha have increased inspections of work sites in an effort to take action against companies guilty of breaching the country’s labour laws.

Qatar is reportedly seeking to hire Nepalis for service sector jobs during the FIFA World Cup 2022, months ahead of the major event, the Kathmandu Post reported on Saturday.

“We have been informed by the Nepal Embassy in Doha about the interest expressed by Qatari companies to hire Nepali workers for service sector jobs during the World Cup,” Thaneshwar Bhusal, under-secretary at the Ministry of Labour, Employment and Social Security, told the news outlet.

Bhusal added that “a ministerial-level decision” on Friday allowed authorities to move forward with the hiring. He also said the Nepali authorities also “demanded a free-visa free-ticket scheme for Nepali workers” at the employers’ expenses.

The Nepali official did not disclose further details on the number of workers that will be hired in the Gulf state.

The news comes as Qatar prepares to welcome at least 1.5 million football fans from around the world for the major sporting event, set to take place between 21 November and 18 December this year.

Migrant workers from around the world have been hired throughout the preparation process in various sectors, including the construction of World Cup stadiums.

“Hence, Nepalis should be given priority in service sector jobs,” noted Bhusal.

As the first Arab nation to host the event, Qatar has come under the global spotlight particularly for its treatment of migrant workers. The Gulf state initially faced criticism for a lack of policies to protect workers from labour rights abuses.

However, it quickly responded by introducing historic reform, including the dismantling of the controversial Kafala, or sponsorship, policy. Under this system, employees wishing to switch jobs no longer need a “no objection letter” from their employers.

While the government has played a major role in introducing the reform, criticism levelled at Qatar has remained due to employers violating newly-imposed laws, per findings of various rights groups.

Authorities in Qatar have increased inspections of work sites in an effort to take action against companies guilty of breaching the country’s labour laws. The Gulf state has also been more transparent over the violations, releasing figures to the general public.

Meanwhile, Bhusal said that his government has held talks with Qatar in order to ensure the protection of Nepali workers.

“We have been constantly raising the issue about the safety of Nepali workers abroad. Talks have been held with the stakeholders in Qatar as well as other labour destinations,” said the Nepali official.

According to the Nepali media outlet, more than 1,700 young Nepalis departed the country to work abroad, with more than 628,503 receiving labour permits in the fiscal year ending 16 July.

It said that the figure is the second highest the country has recorded per governmental statistics. Remittance sent back to Nepal has also heavily contributed to Kathmandu’s economy, adding NPR 986.2 billion ($7,766,113,953).

The article also stated that while there is a high demand for Nepali workers, most are unskilled as they come from lower economic backgrounds. Some end up leaving their home country without adequate training.

While a revised pre-departure curriculum was enforced in February last year, it has yet to be implemented, per remarks made by workers’ rights officials.

“The institutions registered to provide such training have not implemented it. They have been demanding a revision of the working procedure as well as the curriculum,” said Maiya Kadel, under-secretary and a director at the Training and Research Section at the Foreign Employment Board. 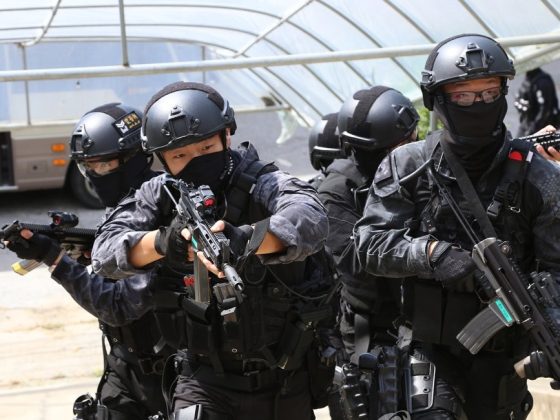