Despite vocal support of the compensation programme, only some of the qualifying football associations have fully endorsed the campaign.

Qatar has already paid out hundreds of millions of dollars in unpaid wages, the country’s Labour Minister Ali bin Samikh Al Marri said, describing critics of the Gulf state’s hosting of the tournament as “racist”.

The comments are the first official government remark on the #PayUpFIFA campaign, a collective appeal by human rights groups for FIFA to match the tournament’s $440 million in prize money with compensation for migrant workers who have experienced human rights violations during the tournament’s preparations.

However, Al Marri said Qatar already has an existing fund to handle worker fatalities and injuries, dismissing the repetitive calls as a stunt.

The Workers’ Support and Insurance Fund, established by Qatar in 2018 to benefit unpaid workers, has given out $320 million so far this year alone, according to the Qatari minister.

“If there is a person entitled to compensation who has not received it, they should come forward and we will help them,” he said, adding that Qatar was prepared to examine cases from more than a decade ago.

“Every death is a tragedy,” Al Marri said on Sunday, adding: “There is no criteria to establish these funds.

“This call for a duplicative FIFA-led compensation campaign is a publicity stunt,” he said in an exclusive interview with AFP. “Our door is open. We have dealt with and resolved a lot of cases.”

A report published by the Guardian in February 2021 was criticised for its misleading headline that blamed deaths among Qatar’s South Asian community on the country’s preparations for the World Cup tournament this year.

The British publication’s article, headlined, “Revealed: 6,500 migrant workers have died in Qatar as it gears up for World Cup” purports to link the “shocking” death rate to the start of the 2022 FIFA World Cup journey more than a decade ago, failing to provide a clarification of the reasons behind the deaths.

Failing to cite official medical records to explain the circumstances of the deaths, the Guardian persisted to quote a labour rights expert in the Gulf who claimed it is “likely” that many workers who died were employed on these World Cup infrastructure projects.

However, Qatari authorities have continually slammed this as baseless.

Speaking to Doha News at the time, experts said the “deceptive” reporting is part of major Western media propaganda against Qatar.

The global rights group also addressed FIFA’s role in the compensation fund, saying that “regardless of Qatar’s response, FIFA […] has the resources and the responsibility to act.”

At the time, FIFA said it was evaluating the campaign, and that as of December 2021, workers had received compensation payments totalling $22.6 million, with an additional $5.7 million pledged by contractors.

It has been estimated that FIFA will make around $6 billion in revenues from the sporting tournament.

FIFA has stated that there is “ongoing dialogue” regarding the fund, although Marri claimed the idea was impractical.

FIFA informed the Union of European Football Associations (UEFA) in June that it was “looking into compensation mechanisms” and would reply in a few weeks.

A new fund would be too challenging to set up and manage, according to several global trade union leaders.

With the kick off date for the World Cup less than a month away, Qatar has continued to face an increase in scrutiny for its treatment of migrant workers, prompting officials to cite reforms that have been implemented over the last decade.

Al Marri claimed that critics have disregarded changes, in particular those carried out since 2017 with assistance from the United Nations body, the International Labour Organisation.

His comments come as a fresh report issued by the ILO on Monday said thousands of workers have already experienced an improvement in their living and working conditions as a result of the recent reforms Qatar has implemented.

He claimed that other nations and organisations had “false information” and “rumours” to “discredit Qatar with deliberately misleading claims”, he said.

Some foreign politicians, according to Al Marri, applied “double standards” and used Qatar “as an arena to solve their own political problems”.

While the official failed to point fingers, the comments came after a diplomatic spat between Berlin and Doha that was sparked by remarks made by Germany’s interior minister last week.

Speaking to a local broadcaster in her home country, Nancy Faesar said Qatar’s hosting of the tournament is “very tricky” for the German government, adding “it would be better that tournaments are not awarded to such states.”

The comments drew ire from Doha, which swiftly summoned Germany’s ambassador and requested clarification. Days later, Faesar arrived in the Qatari capital for her previously scheduled visit, in which she acknowledged progress on the ground following meetings with officials and ILO staff.

Scrutiny against Qatar have exacerbated in recent weeks, prompting top officials to address the attacks.

Last month, Amir Sheikh Tamim bin Hamad Al Thani slammed what he described as “ferocious” attacks that were launched since it won the bid to host the World Cup.

“Since we won the honour of hosting the World Cup, Qatar has faced an unprecedented campaign that no other host nation has received. And we had handled it at first in good faith while considering some of the criticism positive and beneficial,” the Qatari leader told the Shura Council.

Analysts say a lot of the criticism that Qatar receives is not fuelled by the demand for positive change, and is instead filled with racist and Islamophobic undertones.

“They don’t want to allow a small country, an Arab country, an Islamic country, to organise the World Cup,” he said.

“They know very well about the reforms that have been made, but they don’t acknowledge it because they have racist motivations.”

Qatar’s major reforms, especially with regards to its labour laws, have been carried out over a span of just few years.

In the two years since these reforms were implemented, the ILO reported that the labour ministry of Qatar has authorised nearly 350,000 applications from migrant workers seeking to change occupations.

According to Al Marri, since the rules were implemented, 420,000 workers have changed jobs, and $320 million has been given to workers who have lost pay, reports said.

“After all this effort, all these reforms, people still attack us,” he said.

The law had previously allowed some workers to be exploited and caused an unequal power balance between staff and their employers, according to activists. However, despite the amendments, some private companies have appeared to violate the new rules, prompting questions on implementation.

On the ground, some workers still encounter challenges, such as retaliation from their employers, while trying to leave their jobs and find new ones.

The ILO stated this past week that workers’ main grievance was unpaid wages.

However, the Qatari minister said “if a salary payment is delayed for one month, we will pay from the fund and take action,” noting owners of ‘blacklisted’ companies have been fined and imprisoned.

The World Cup has only “speeded up” the reforms, Al Marri noted. “We will reconfirm our commitments and continue our reforms because we want to continually improve our own country.”

The minister stated that Qatar intends to make the ILO’s office in Doha permanent and organise an annual dialogue on safeguarding migrant workers.

“We lead the region now for migrant reforms,” Al Marri said. “We have good relations with our neighbours, and we can exchange best practices.” 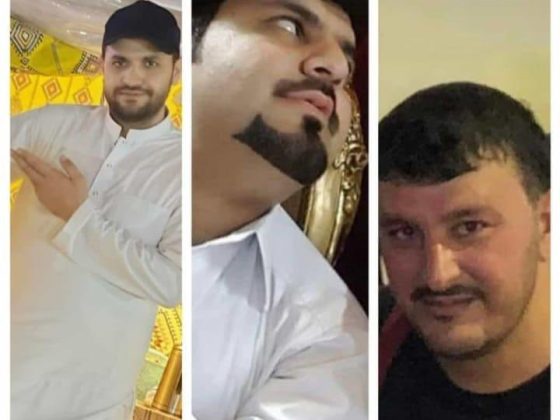 Three firemen die after crane collapses during training in Qatar