Qatar’s Cabinet has approved a draft law on the Shura Council’s electoral system ahead of the first election this year.

Qatar’s Cabinet approved a draft law with provisions concerning the Shura Council electoral system law that will detail the criteria needed to run for the elections in the Gulf state.

This will include requirements of candidates’ eligibility, voter registrations and campaigning as well as other details concerning the first of its kind election.

Preparation of the draft law “comes in the framework of completing the State’s constitutional requirements to elect Shura Council members, in implementation of the directives of His Highness the Amir Sheikh Tamim bin Hamad al-Thani on holding Shura elections in October, during the speech His Highness gave at the opening of the 49th Shura Council session on November 3, 2020,” the Cabinet report said.

Today, the Council of Ministers approved a draft law on the Shura Council election system, which will be held for the first time in #Qatar in October. Visit our website for information on the responsibilities & jurisdiction of the elected Shura Council: https://t.co/XDw3yvFs59

Under the new draft law, candidates must be able to run based on the constitution and legal rules of constitutional nature.

The provisions will also allow government employees to nominate themselves for a seat in the Shura Council, while maintaining their jobs and promotions throughout their term.

It also aims to facilitate the process of registering for voters, and may include the possibility of applying for registration electronically.

Candidates will be obligated to respect the provisions of the constitution and maintain national unity and security of society when conducting their election campaigns.

They will also be obligated, under the draft law, to avoid any rhetoric that has tribal or sectarian tendency, or what conflicts with public morals or traditions, or the religious and social values of society. The is designed to avoid stirring up tribal or sectarian strife among citizens throughout the election period.

The law will also ensures municipalities provide equal access to candidates to places where advertisements or electoral statements are put up, and to allocate equal spaces for potential candidates in their campaigning efforts.

The law also aims to set standards for media coverage of the elections, and will ensure that public and private media in Qatar are impartial in their coverage and treatment of all candidates throughout the elections.

The electoral system law will see the judicial supervision of elections through a committee that will be headed by a judge chosen by the Supreme Judiciary Council. The committee will supervise the voting and counting process and announce the results.

Severe penalties will be imposed for electoral offences, especially if any candidates receive support from a foreign person or a foreign entity. There will be heavy penalties in place to guarantee the freedom of voting and combating vote buying or compromising the integrity of the elections, the draft law stipulates.

The first-of-its-kind Shura Council election is set to be held in October of 2021. 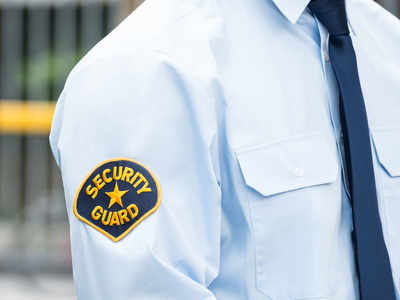 US to recommend ‘post-withdrawal plan’ to monitor Afghanistan