In its first year on an international index that measures economic freedom, Qatar has outranked many European countries, as well as the US and some GCC nations.

In comparison to 144 countries, Qatar ranked 17th, edging out Kuwait, Oman and Germany, among others, the Fraser Institute’s annual economic freedom rankings index has found.

The index, which measures how policies and institutions within a country support economic freedom there, ranks nations on five categories: size of government, legal system/property rights, sound money, freedom to trade internationally and regulation.

At 7th and 11th, Bahrain and the UAE fare better than Qatar, respectively.

But Qatar edges out the US, which saw a huge decline in economic freedom in the past decade, from second in 2000 to 18th this year.

The index attributes Qatar’s high ranking in part to its oil and gas wealth, as most high-ranking nations have high per capita GDPs and average incomes.

Economic freedom has grown overall this year, after dropping off in the past two years due to fiscal crises around the world.

Read the full report below: 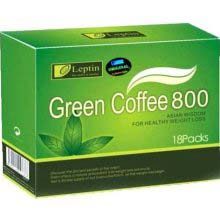