Authorities in Qatar are contesting reports that they will be allowed to use boycotting countries’ airspace in the event of emergencies.

In an apparent softening of the two-month-long blockade, the Saudi Press Agency announced yesterday:

“Nine corridors have been identified (for use), including one in international airspace over the Mediterranean sea that will be monitored by the Egyptian authorities.”

But Qatar’s transportation ministry and aviation authority said this change was not true, and warned its neighbors not to leak “incorrect news.”

Neither government body had received a navigation announcement about any changes, they added.

Flight emergencies could includes problems like low fuel, illness on board, pressurization trouble and other technical issues.

News of the corridors has been carried widely by media in Saudi Arabia, Bahrain, the UAE and Egypt.

Qatar requested the meeting after the boycotting countries cut off land, sea and air access to it in early June.

This forced Qatar to negotiate new trade deals to bring in food, medicines and other imports.

It has also made some Qatar Airways flights longer. This is because pilots have had to reroute their paths to go around the boycotting countries.

Last month, the ICAO said in a statement that it was working to “bring these states together towards a solution which satisfies both their current regional concerns and the global needs and expectations of passengers and shippers,” Bloomberg reported. 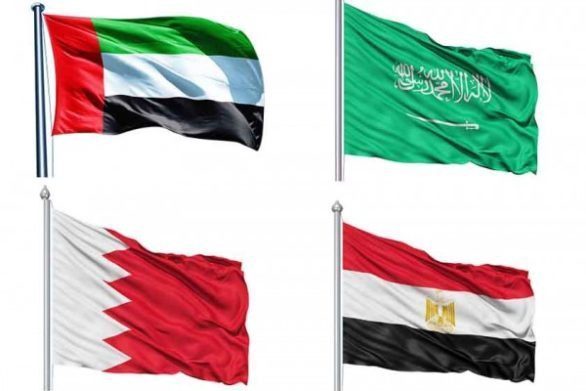 No resolution after boycotting countries meet to discuss Qatar