Despite its failure to open to passenger traffic on April 1, Hamad International Airport is still going to be fully operational by the end of 2013, Qatar Airways CEO Akbar Al Baker has said.

Some 10 budget airlines had been set to fly out of the airport earlier this month, but the opening was called off hours before HIA’s inaugural flight for not meeting Civil Defense safety standards.

According to Al Baker, Bechtel Corp., the airport’s main contractor, was “complacent” in meeting “all the regulatory requirements” set by Qatar Airways and Civil Defense.

The chief made the remarks when speaking to reporters this week during the launch of the national carrier’s direct Doha-Chicago flight.

“They have to be blamed for our delay in the first place,” said Al Baker. He declined to comment on whether the airline had sought compensation from the San Francisco-based contractor.

Bechtel said in an emailed statement, “We continue to work tirelessly with our customer, contractors, and the relevant agencies toward a successful opening of this world class airport.”

Details about when the airport will hold its soft opening have yet to be released, but Al Baker, who oversees the HIA project, has previously said all airlines should be flying out of the airport by December.

Also this week, Al Baker promised that some of the airline’s Boeing 787 Dreamliners would return to the sky after being grounded in January due to battery problems. He has sought compensation from Boeing for the setback.

The opening of the $15.5 billion HIA, which used to be called the New Doha International Airport, has been delayed for four years, in part due to Qatar Airways’ aggressive growth.

Qatar Airways has since filed a $600 million lawsuit against the company. Lindner Depa said it was not able to meet its original completion deadline because it was denied full access to the project site for the first nine months of a 16-month contract. 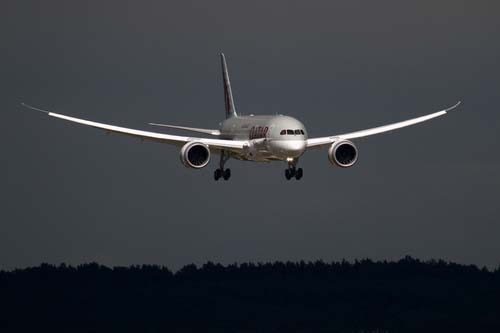 Qatar Airways CEO: Boeing 787s to return to the sky by month’s-end Qatar ready to launch first satellite into space this summer