Western media outlets have received a barrage of criticism in recent weeks for their racist depiction of the World Cup in Qatar, targeting the Moroccan team in particular.

A Danish channel has come under heavy fire after the host compared Moroccan players and their mothers with monkeys on live television.

TV 2 News showed a segment in which the anchor Soren Lippert held up an image of monkeys embracing while talking about Morocco’s national team players hugging their mothers.

Touching scenes of the national team celebrating their historic victories at the FIFA World Cup 2022 in Qatar have gone viral across the world, with many describing it as a rare positive reflection of Arab culture from the Western world.

“European societies are deeply racist and have a huge problem acknowledging it. They call everything “humour” but truth is that they turnt themselves into a disgusting joke and the rest of the world makes fun of them,”  Austro-Afghan journalist, Emran Feroz commented.

“They aren’t even trying to water down the racism anymore it’s like yeah y’all Moroccans are monkeys?????” one Twitter said.

“What a way to announce to the world that you’re not only vile racists, but also hate your mothers,” another joked.

“This World Cup was a great opportunity for the Europeans to show what inside them without acting or pretending,” another added.

The incident is just the latest in a string of racism targeting Qatar 2022, the first World Cup being hosted in the Arab and Muslim world. While the Moroccan team has made history at the tournament by becoming the first African and Arab nation to reach the semi-finals, it has faced a barrage of racist and Islamophobic attacks from Western media.

Just days earlier, another Western outlet published a caricature showing Moroccans in tracksuits on a motorbike ‘stealing’ the World Cup trophy from Gianni Infantino, in what many described as a racist European stereotype of North Africans being ‘thugs’ and ‘criminals’. 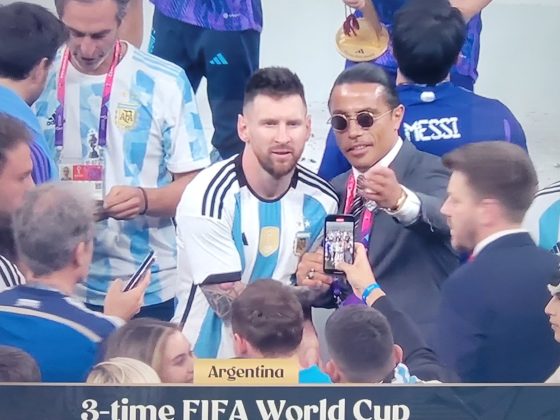