**UPDATE 12/9/12: Sherborne Qatar has told Doha News that all students will return to school tomorrow, the 13th of September, following final approval from Civil Defence for the Senior School building. **

Not all children in Qatar were allowed to return to school this week.

In a last-minute announcement, Sherborne Qatar informed parents that it did not have room for children aged 11 to 13 years old because the school’s new building has not gotten approval from Civil Defense.

Instead, the headmaster recommended that the seventh to ninth graders be home-schooled until the building is cleared by authorities.

Parents were notified of the change of plan in an email from the headmaster on the day before term was due to start. They have already paid the QR16,600 in tuition fees for the school’s autumn term, and no mention of a refund has been made.

Senior classes in the new building were initially taught last year, but students were relocated to the junior school when initial permission from the authorities wasn’t granted.

However, an increase in enrollment at Sherborne this year has made it impossible to accommodate all of the students.

The school had believed that the building would be ready in time for the new school year, Mike Weston, Head of Sherborne Qatar’s Senior School, told us:

“We’re still waiting for approval for our senior building – we understand that takes time. Civil Defence has an important job to do, but it’s regrettable the process is not finished.

For this week only we’ve set work for the students to do with their teachers remotely from home. This gives us time to continue to work with the Supreme Education Council and Civil Defence to get the building approved.”

Weston told us that the school is working on a plan for the students if permission isn’t granted this week, but was unable to give us any details.

“We can’t give a time frame – we’re within the process, and we’re nearing the end of it. The parents will be first to hear about plan B.”

When asked why he notified parents at such a late stage, Weston told us that he didn’t want to cause any unnecessary worry.

“If I had written to parents any sooner than I did, then I may have alarmed them unnecessarily. We have been pursuing all avenues that we can. I have to say the vast majority of our parents have been supportive and understanding. Obviously when an email like that arrives, there will be initial shock and disappointment, but as time goes on parents have a better understanding of what’s going on and why we’re doing this.”

Doha News has spoken to one concerned Sherborne parent, who says that the school’s profuse apologies are simply not enough.

“I think it’s totally unethical that they’ve promised all these parents an education for their children, and they’re not delivering,” the parent said.

“Most of us aren’t senior school teachers – I did Maths over 20 years ago, so I’m seriously worried about getting it right. The teachers will have a lot to fix. I’m lucky that I don’t work. I have no idea what working parents are doing.”

Last week, parents of children attending nursery also faced headaches when Starfish Lanes delayed its opening due to new Civil Defense regulations that allow children to be watched only on the ground floor.

The rules are an effort to bring Qatar’s buildings up to safety code following the fatal Villaggio fire in May that killed 19 people, including 13 children trapped in a daycare.

Have you been affected by Sherborne’s announcement? 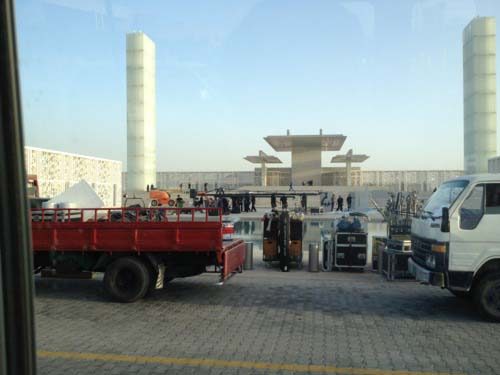