Even though it is more than a decade away, the 2024 Olympics is very much on Qatar’s mind as it maps out a master plan for the country’s future sports venues.

Qatar has already unsuccessfully bid for the Olympics twice, in part because of the searing heat it sees in the summertime, when the games are usually held.

“Our focus since the beginning of this project has been legacy and ensuring that we avoid white elephants,’ said His Excellency Sheikh Saoud. “We have watched countries build large venues and struggle later with what to do with them; and our team has worked backwards, thinking first about how these venues can be of use in the future before planning their use during major sporting events.”

Six months ago, the International Olympic Committee cut Doha as a possible host of the 2020 Olympics, citing the heat, concerns over athletes’ health and the effects rescheduling the games to October could have on the televised games.

Previously, the IOC had said moving the games to the cooler fall months in Qatar would not be a “deal-breaker,” but that is not what it stated in its final evaluation report, Reuters reports:

“In July/August, people have more leisure/vacation time. There is therefore a risk that an October Games would become a ‘weekend Olympics Games’ and with a reduced demographic reach, broadcasters would have difficulties in attracting the same audience levels in terms of working people and youth,” it said.

How Qatar, which will also host the 2022 World Cup in the summer months, will allay the IOC’s concerns the next time around remains to be seen. 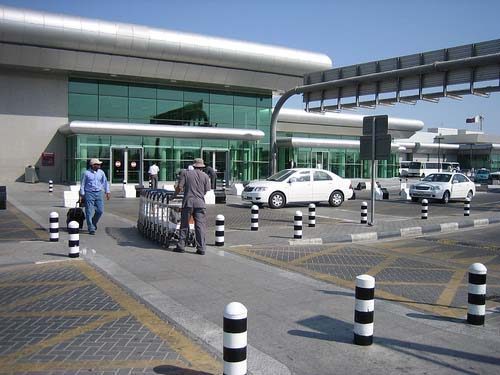 Official: Qatar airport to get tough on baggage rules Doha, well, we have to see how 2022 FIFA World Cup goes. So, i DO think that it is the best option to go for 2024 bid. Let’s keep our fingers crossed. ANYTHING can happen, Qatar’s ways, and visions are coming true now, which was symbolised by the soft lauch of Qatar’s SUPER-AMBITIOUS Hamad International Airport, which is running smoothly and successfully right now. It will be fully operational on May 27, 2014. But, still, the competition factor pressurizes Qatar ONLY a little. It has hosted many major sports events like Asian Games, AFC Asian Football Cup, West Asian Games, all of which were successful. Major events in future like FIFA World Cup should definitely be a success. So, Doha can EASILY bid for 2024 and get into the candidature. I’m not talking about winning the rights, as I should be fair about the other contenders like Paris, which would celebrate its 100th Anniversary of their Games in 1904, Rome, and mainly, the USA. So, we have to keep our fingers crossed once again, and we must accept the consequences.

Remember, we have a very big boost with help of support from Lord Sebastian Coe himself, the organizer of London 2012 Olympic and Paralympic games. I will be sure that you will agree to it +Olympics