A Danish energy firm that has developed Qatar’s largest oil-producing fields for nearly 25 years has acknowledged that its time on the project may be coming to an end.

Maersk has been operating the Al Shaheen field since 1992, but its agreement with Qatar Petroleum (QP) expires next year.

The firm said that the offshore reserve, located about 80km off of Qatar’s northeast coast, accounts for approximately 40 percent of the Gulf country’s daily oil output.

A year ago, QP said it was inviting other international oil firms to compete against Maersk for the the field’s future operation and development rights.

QP president and CEO Saad Sherida Al-Kaabi said at the time that Qatar was looking for “the best technological solutions for the field’s development combined with the best financial return to the state.”

The announcement was seen by some analysts as a blow to Maersk and a failure on the firm’s part to negotiate an extension behind closed doors.

Speaking to investors yesterday, Maersk CEO Nils Smedegaard Andersen acknowledged that its time may be up.

He said the company was excluding its reserves in Qatar from its forecasts beyond mid-2017, when the current 25-year deal ends.

“We are in a tender process. That means that there’s a risk that we will lose Qatar,” Anderson said, according to a transcript of the call.

The Al Shaheen field produces 300,000 barrels of oil a day, according to QP. Maersk calls it “one of the most complex offshore oilfield developments in the world.”

Al Shaheen is also known as a “sanctuary” for whale sharks that congregate around the field’s offshore oil platforms in the summer.

Maersk operates a research and technology center at Qatar Science and Technology Park that houses researchers who study whale sharks, as well as develop technologies that minimize the environmental impact of offshore operations.

In a report to investors, Maersk said it expected Qatar to announce the results of the tender in the second half of this year. 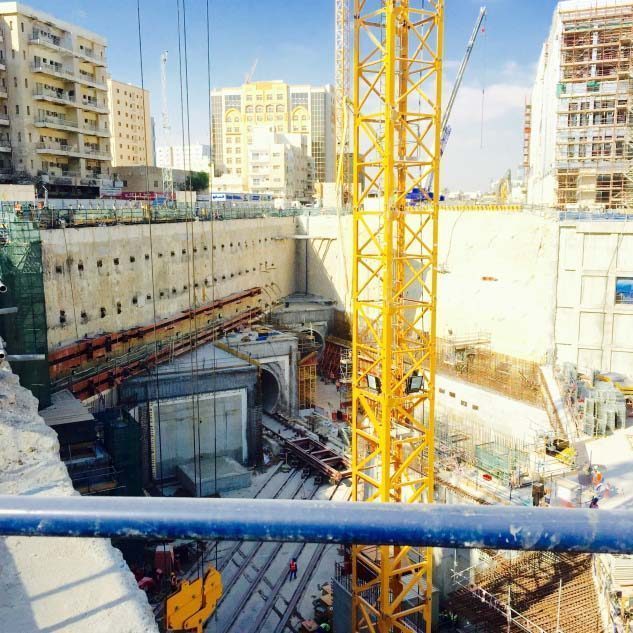