L. Jerald had been working as a Saudi Arabia-based fisherman for barely two weeks before landing in a jail cell in Qatar.

At approximately 1am on Jan. 7, Qatari Coast Guard officers boarded Jerald’s boat while at sea, arresting the 38-year-old Indian and his three colleagues.

Accused of trespassing in Qatari waters, the men – all of whom hail from the south Indian state of Tamil Nadu – spent five days at a jail in Al Khor before they were released ahead of a scheduled Jan. 31 court appearance.

Until then, they’re confined to their boat in an Al Ruwais harbor, waiting to learn the punishment for what Jerald says was a geographic oversight.

“Except for our captain, we are all novice fishermen (in the Gulf). This is only the second time that we’ve been in these waters,” he told Doha News.

Tens of thousands of migrant fishermen work off Qatar’s coasts to help feed the country’s growing appetite for seafood. Like many other low-income expats, their job is inherently dangerous and offers little in the way of job security or a guaranteed income.

But unlike other blue-collar workers, the fishermen also run an increased risk of finding themselves in a foreign jail.

Jerald, along with his co-workers 27-year-old R Thirumurugan, 33-year-old P. Vaseegan and the boat’s captain, 38-year-old R. Seelan, are among at least three dozen migrant Indian fishermen arrested by Qatar’s Coast Guard since 2012.

At least one person has died during patrols of the country’s maritime boundaries.

Similarly, dozens of expat fishermen working in Qatar have also been arrested and held in neighboring countries, including Iran.

Gulf countries heavily police their waters due to concerns about overfishing, smuggling and security, as some 20 percent of the world’s oil is shipped in those waterways.

But another reason fishermen may find themselves in jail in so often is their vulnerability.

Expat fishermen generally are not covered by the labor laws of Gulf countries, which leaves them without job security or a regular salary.

This means they depend on the quantity and quality of their catch to support themselves and their families back home, as well as pay off the debts they incurred to obtain a job in the Gulf.

“These fisherman go to foreign countries in search of greener pastures. But after arriving, the glory doesn’t last long,” said Justin Antony, founder and president of the International Fishermen Development Trust, an NGO based in India.

A father of two, Jerald said he spent some 7,000 Saudi riyals (QR6,795) to pay for his flight, visa processing fee and required medical tests prior to arriving in Saudi Arabia.

With no base salary, Jerald and his colleagues work on commission and earn between 200 and 500 Saudi riyals (QR194 to QR485) per trip, which can last anywhere from five to seven days and generally takes them almost 60km off the coast of Saudi Arabia.

This compensation model is one of the main factors that drives expat fisherman from other Gulf countries to stray beyond the country boundaries, according to a member of the Qatari Coast Guard stationed at Al Ruwais:

“The issue is that most of these men work under commission, but there is less fish on their side of the waters, so they sneak in here to harvest some of the abundance of fish. That’s not just trespassing, it’s stealing,” the officer told Doha News this month.

While he said that ships sometimes unintentionally cross into Qatari waters because of bad weather or mechanical difficulties, he added that neither appeared to be a factor in Jerald’s case.

“They also had catch from Qatari waters … that (sort of) sealed the deal,” he said.

Like the men arrested this month, many migrant fishermen in Qatar also work on commission. Antony estimated that the local industry employs between 5,000 and 7,000 men from India, plus thousands more from Bangladesh, Iran and Nepal.

While many work on larger boats that make week-long trips, others – such as 29-year-old Mintu – work on smaller trawlers that are only out on the water for a few hours at a time.

“We wake up at around 2am or 3am, and by 5am or 6am, we’re done and back to shore,” the Bangladeshi national told Doha News.

Mintu said he’s spent more than half his life in Qatar after coming to the Gulf as a teenager. In that time, he’s risen to the rank of captain and oversees a crew of three fishermen that generally hauls anywhere between 2kg and 10kg of crab, hamour and other seafood into their boat each trip.

He said their sponsor – who typically accompanies the crew – takes half of the proceeds from their catch, with the rest divided among the expats. That adds up to between QR1,500 and QR2,000 a month, he said.

“It’s enough,” Mintu said, adding that he’s able to catch his own meals and has yearly plane tickets home paid for by his sponsor, enabling him to send money to his family. “We have it better than most. Other people, their sponsors take 70 percent.”

Qatar has no minimum wage, but Antony said at least bringing fishery workers under the country’s labor law could help improve their quality of life by affording them the same protections as other expats – such as legal recourse against their sponsors.

Antony also advocated for better insurance, as well as internationally recognized fishermen ID cards. This would help expedite the release of those arrested for crossing territorial boundaries, since most men leave their passports on shore.

“These kinds of arrests … have created fear among the fisherman. This fear should not continue. The government should come forward and make the fisherman feel at home,” he said.

After being arrested, Jerald and his shipmates appeared before a judge and signed a paper written in Arabic that they believe said they admitted to straying into Qatar’s territorial waters.

They were released five days later after signing another paper, also written in Arabic, and have since been relegated to their boat and the few meters of surrounding land under the constant supervision of the Coast Guard.

They are provided with meals and phone calls to their family, but are not allowed to leave the port.

Their Saudi sponsor has traveled to Qatar and visited the men, and pledged to return for the Jan. 31 hearing, Jerald said.

Shri Raj Kumar Singh, the head of labour and community welfare section at the Indian embassy in Qatar, told Doha News that he expects the men to be released after the hearing.

However, Antony said he worries that the court could impose strict fines on the men, which would likely have to be paid by the sponsor.

Regional advocacy organization Migrant-Rights.org documented a case in 2014 where a Qatari sponsor of Indian fisherman attempted to recoup a QR30,000 fine, plus lost revenue, after the men were arrested by Iranian authorities.

Despite the ongoing tensions between migrant fishermen and patrolling Gulf coast guard officers on the water, the mood on land in Al Ruwais was relaxed when Doha News visited.

The detained Indian men passed the time by engaging in light-hearted banter with their captors:

“How long have you been on the job?” a coast guard officer asked one of the men.

“Well, that’s great!” the officer replied. “You got to see two countries for the price of one!” 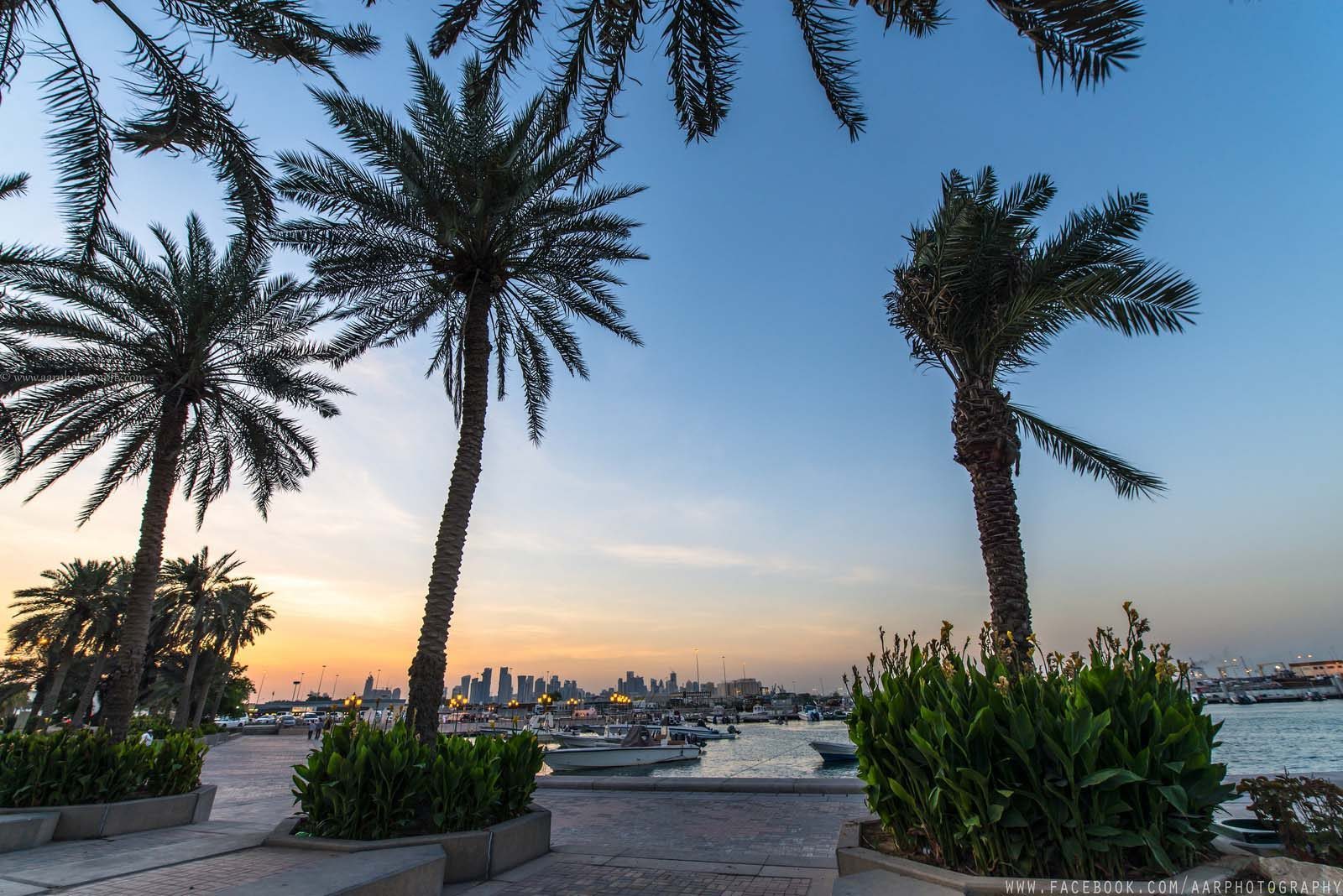 Forecasters: Cold snap in Qatar to continue for a few more days