Kabul’s ties with international countries are improving, according to Mohammad Naeem, a spokesman for Afghanistan’s Doha office.

“Our diplomatic relations started with some big countries like Russia, China and Turkey and improved gradually, finally the political offices of Afghanistan surrendered to the Islamic Emirate,” said Naeem.

He contended that the premature collapse of the republic government has created delays in foreign countries recognising the Islamic Emirate’s administration in Afghanistan, claiming that such a downfall was unexpected.

“A change happened, despite all expectations across the world, the collapse of the previous government destroyed their plans,” added Naeem.

According to the Taliban‘s political office in Doha, the Islamic Emirate has designated diplomats to represent them in numerous countries.

Several countries have maintained political offices in Kabul, but not a single one has formally recognised Afghanistan’s new government.

Last month, the interim Afghan government was in Doha to discuss the management and operations of Afghanistan’s airports. The most recent talks have been focused on pending contracts for five Afghan airports that Qatar and Turkey would assist in operating.

Following the withdrawal of US and NATO forces from Afghanistan on August 31, last year, Qatari and Turkish technical teams were despatched to Kabul.

After the large evacuations, the teams were tasked with repairing areas of Hamid Karzai International Airport so that civilian flights could restart.

On September 9, the first passenger flight left Kabul. The Qatar Airways flight landed in Doha with 113 Afghans and foreigners on board.

Since last year, the two countries have been in talks with the interim Afghan government about operating some of the country’s airports. Without a contract, Qatari and Turkish companies are now operating technical elements of the airport.

Afghanistan’s temporary government ordered the foreign ministry to set a timetable for a contract with Qatar to run Afghan airports earlier this month.

No information on the deadline has been published by Qatari officials, and it is unclear whether the deal will be signed during the delegation’s travel to the Gulf state.

In December of last year, Qatar and its ally Turkey inked a memorandum of understanding (MoU) to administer parts of Afghanistan’s airports.

An agreement on airport operations is critical for the country’s economic revival, which has worsened since the Taliban took power on August 15, 2021.

The United States, which led a 20-year invasion of Afghanistan, was eager to freeze up to $9.1 billion in Afghan assets, adding to the country’s deteriorating economic predicament.

President Joe Biden of the United States authorised the transfer of $7 billion in Afghan money in February. The Biden administration opted to allocate $3.5 billion of the whole sum to Afghans suffering in poor humanitarian conditions.

The remaining half of the Afghan monies would go to 9/11 victims, a decision that many have characterised as the US “punishing” Afghans.

Due to war, famine, and corruption, Afghanistan’s humanitarian condition has deteriorated over time. According to the United Nations, over 24.4 million people require humanitarian assistance to survive.

According to a forecast from 2021, 97 percent of Afghans could be poor by the middle of this year. 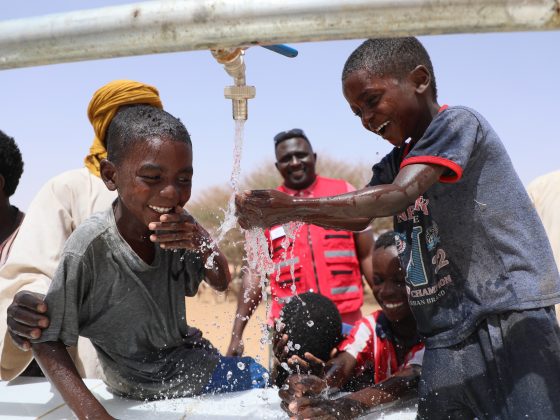