Human Rights Watch made the comment on the heels of a landmark announcement by Qatar to bolster expat rights.

This week, the Cabinet passed draft legislation that would give some foreigners the right to live in Qatar indefinitely, as well as enjoy free healthcare and education.

Expats with special talents and the spouses and offspring of Qatari women and foreign fathers were among those who would be allowed to apply for the status.

In a statement this week, she said:

“Qatar needs to end discrimination against women and their children, but the proposal to grant the children residency and not nationality merely assigns them a second-class status.

Half-baked fixes to a serious problem of discrimination and family separation will only ensure that another generation of children with Qatari mothers will suffer inequality and discrimination.”

Currently, only children born to Qatari fathers are automatically granted Qatari citizenship, as is the practice across the Gulf.

There has been a push both at home and abroad to change the law, as it creates a hardship for children whose mothers are Qatari but whose fathers are not.

For example, these children are treated as foreigners and must periodically renew their residency permits.

They are also unable to access the same privileges as nationals, such as free healthcare and education, subsidized food products and many government jobs.

Still, earlier this week, many people in this position breathed a sigh of relief following the permanent residency announcement.

The news has been hailed internationally as a “step in the right direction” for Qatar. The country is embroiled in a months-long Gulf dispute and hopes to retain top expat talent in the coming years.

But HRW’s Begum said the law does not go far enough.

“Qatar should allow children the right to acquire nationality on an equal basis from their mothers or their fathers. They could lead the way in correcting this discriminatory situation among Gulf countries,” she said.

Loyalty without a passport

Despite the criticism, many Qataris said they are still pleased with the new permanent residency status idea.

That includes Dr. Amal Al-Malki, who is a scholar on Arab women and is married to a non-Qatari.

Speaking to Doha News, she said the decision will be a boon to people born in Qatar who don’t have documentation, including Palestinians living in the state since the ‘60s.

“This also gives Qatari women who are married to non-Qataris a peace of mind. It is important that they have long term residency and the right to own property in Qatar.

I still would like to see how this will translate into actions and be handled. Officials will be surprised (with lack of statistics) of the number of half-Qataris!”

Al-Malki, who is also Dean of the College of Humanities and Social Sciences at HBKU, added that she doesn’t think half-Qataris like her children will be nationalized anytime soon.

But she also pointed out, “The current crisis taught us a very important thing. Loyalty is not a matter of passport or documents.” 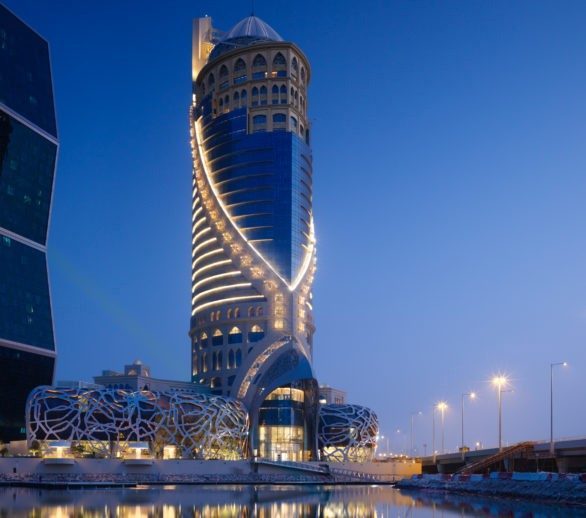