The occupying Israeli army is facing international scrutiny after former soldiers exposed its discriminatory surveillance programme in the West Bank.

Two interviews with The Washington Post and four other accounts with Breaking the Silence (BtS) revealed how the Israeli military conducts mass surveillance against Palestinians, while Jewish settlers are entitled to higher privacy standards.

BtS, founded in 2004 by former Israeli  soldiers, is a non-governmental organisation (NGO) that “aims to bring an end to the occupation”. It has collected over one thousand testimonies from former soldiers, including accounts of cruelty, humiliation and killing of innocent Palestinian civilians.

The surveillance is part of a Wolf set of apps that include facial tracking, detailed databases, and apps used by Jewish settlers to track Palestinians.

Soldiers have been given access to an app called Blue Wolf, the key app for surveillance. It allows members of the occupying military to scan any Palestinian’s face to reveal everything about them. A former soldier described it as “Facebook for Palestinians”, though Palestinians never shared that data nor have access to it. The app also shows if a civilian is to be arrested on the spot.

There’s also an app for settlers called White Wolf to identify Palestinians using their smartphone. Settlers can’t detain Palestinians, but they can inform authorities if the app detects a flagged citizen. Palestinians cannot use the app to identify Jewish settlers, emphasising the discriminatory double-standard of its use.

The holy grail of the apps is one called Wolf Pack, which is only accessible on desktop computers in a secure network. Wolf Pack includes extensive data on almost every Palestinian citizen. According to The Washington Post, a former soldier said the data “includes photographs of the individuals, their family histories, education and a security rating for each person.”

To build this database, soldiers were tasked with taking pictures of Palestinians involuntarily. They would spend up to eight hours a day photographing civilians, with some units expected to take 1,500 pictures each week.

This turned into a competition between different soldiers, who were rewarded for taking the most photos. This included benefits such as taking a night off from military work. While soldiers competed by taking as many photos as possible, the Israeli military used those pictures to create the database used in the Wolf Pack apps.

Children, oblivious to the dangers of the system they were forced into, would usually pose for the pictures.

Meanwhile, older adults, particularly women, would try to resist it. However, all were forced to be photographed. The former soldier reported that the experience was “traumatic for him”, let alone the Palestinians.

While soldiers and settlers used apps to identify Palestinians, CCTV cameras were following them around too. Israeli start-up AnyVision developed facial recognition tools for the Israeli government to help it deploy smart security cameras across the West Bank. Microsoft initially invested in AnyVision though it later withdrew its investment following Israel’s raid on Palestine.

A former soldier said that the cameras could recognise vehicles even without a license plate and match it to its owner.

Yaser Abu Markhyah, a Palestinian citizen of Hebron, told The Washington Post that “[Palestinians] no longer feel comfortable socialising because cameras are always filming us.” He added that relatives living in less-monitored areas have stopped visiting him and that he no longer lets his children play outdoors by the house.

This discomfort was caused after Israel installed cameras roughly every 100m in his neighbourhood.

Issa Amro, another Palestinian in Hebron, said that such measures are designed to drive Palestinians out of their own homes. He noted that Palestinian families have already moved out to other cities following the installation of mass surveillance in the area.

He described the cameras as having only “one eye: to see Palestinians”.

Law enforcement in Israel proposed facial recognition in public spaces in areas where Palestinians don’t live too, though mass criticism has led to the scrapping of the plan. As The Washington Post reports, though, “Israel applies different standards in the occupied territories.”

Avner Gvaryahu, executive director of BtS, spoke out against Wolf Pack, describing it as “another disgraceful assumption by the Israeli government and military that when it comes to Palestinians, basic human rights are simply irrelevant.”

The Israeli military has defended its systems, claiming they’re used to prevent terrorism and “improve the quality of life for the Palestinian population” in the West Bank.

Though with Palestinians forced to be photographed against their will, children afraid to play outdoors, and families leaving their homes, the military’s weak response stands no ground in reality.

Besides the privacy concerns, forceful implementation and discriminatory rules, facial recognition has also been criticised for misidentifying people.

Typically, this wouldn’t be much of an issue. For example, if your iPhone can’t detect your face, you can just enter a passcode. But for people living under oppressive regimes, a faulty scan could be all it takes to send an innocent civilian to prison.

Without sufficient fallbacks in place, facial recognition could cause further harm to oppressed minorities. Qatari delegation to head to Washington for US-Qatar Strategic Dialogue 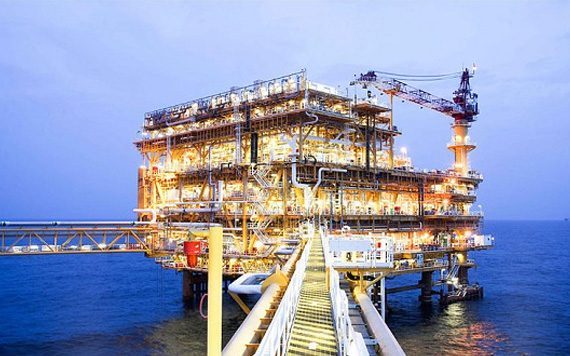