This has been a year of highs and lows for Doha News.

In March, we celebrated our seventh anniversary, and in November we logged nearly a million unique users to our site, a big milestone for us.

But late last month, our website was blocked in Qatar, leading us to scale back content while we try to sort things out with authorities.

That said, it’s also been an interesting year, story-wise.

Some our most popular posts in 2016 included news about a tiger roaming loose on the Expressway; announcements about job losses and opportunities; a data breach that affected thousands of QNB customers; and a controversial opinion piece from a gay Qatari.

On Oct. 24, the Emiri Diwan announced that Qatar’s former Emir Sheikh Khalifa bin Hamad Al Thani had died at the age of 84.

Sheikh Khalifa is the grandfather of the current Emir. He ruled for 23 years and oversaw Qatar’s independence from Britain, as well as the beginning of the country’s rapid modernization.

He was deposed in a bloodless coup by his son Sheikh Hamad in 1995 while overseas. He eventually moved back to Qatar in 2004.

Three days of national mourning were observed in his honor.

In January, Doha News reported that more than 1,000 people had been laid off from Hamad Medical Corp., as well as dozens of others in the oil and gas industry and at Qatar Rail.

The cutbacks came amid low oil prices and tightening of budgets across the board.

In February, Qatar police launched an investigation after a body was found outside an apartment building that housed Qatar Airways employees in Mansoura.

The victim was said to be a woman whose body was recovered from a nearby water tank. Qatar Airways informed staff that she was not an employee of the airline.

Whether her death was accidental or suspicious remains unknown, as authorities have not publicly commented on the matter.

Tiger on the loose

Eventually, images emerged of a man holding the tiger’s chain, seemingly having captured it.

Did you miss me? pic.twitter.com/ws0OypnS36

Later the same day, the Ministry of Interior announced that the owner of the animal was facing legal proceedings.

You can read the story here.

These employees will work for the new hospitals and healthcare centers within Hamad bin Khalifa Medical City when it opens next year.

The popularity of this story showed that people are still clamoring to get to Qatar, even amid austerity measures.

In January, the Philippines Ambassador to Qatar urged expats to pack an emergency bag in case they needed to leave the country in a hurry, due to the “simmering political developments in the region.”

“Although there is no imminent danger for now in Qatar and the rest of the region, it is better to be prepared in the event that such a scenario suddenly occurs,” Wilfredo Santos said.

Qatar has been on edge, security-wise, this year after extremist groups like ISIS carried out attacks in other Gulf countries.

However, security experts say there is a comparatively low risk of such a thing happening in Doha.

In August, we ran an opinion piece written by a Qatari man explaining the challenges of being gay in his country.

The article focused on the man’s personal struggles with his sexuality, and urged residents to accept him for who he is.

But it caused much debate, even spurring another Qatari man to write a counter-opinion condemning homosexuality.

Qatar residents love their cars, so news that petrol prices would vary each month generated a lot of interest in April.

Other Gulf states have also hiked petrol prices in the past year, including Saudi Arabia, Oman and Bahrain, as plunging oil prices take a toll on government revenues.

In April, a long-running, painful saga finally came to a happy end.

An expat named Catherine, who had gone to jail in Qatar in December 2012 after giving birth to her son out of wedlock, was able to fly home to the Philippines at last.

Both Catherine and her son Adam spent three years in jail in Qatar for a mixture of “illegal birth” and debt convictions.

It was only after a law firm took up her case that the government lifted her travel ban and forgave her debts.

Our tenth most-read story of the year was about the Qatar National Bank (QNB) hack in April.

The names, phone numbers, bank passwords and other sensitive information of a large number of QNB customers were leaked on a file-sharing website and spread rapidly through social media.

It remains unclear who leaked the information or why, but many residents expressed outrage at the breach, and questioned why the bank took so long to respond to the incident.

What have been your favorite stories of the year? Thoughts?

Note: If the links to the stories are not working for you, see here for tips on how you can still read our content in Qatar. 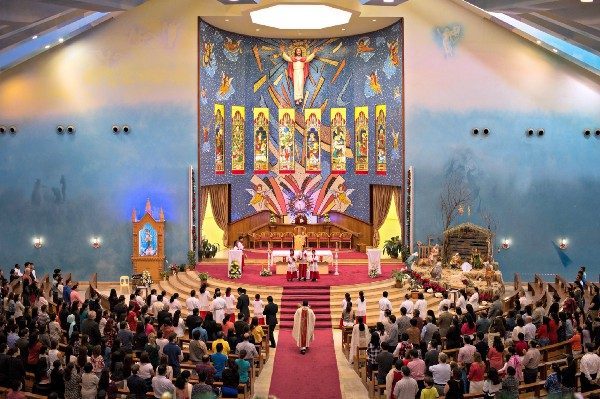