Guyana’s Ali claimed that some governments are pushing for green energy policies without considering the effects on exporters like his country.

With more than 11 billion barrels of oil and gas discovered, South America’s newest crude sector has emerged as the world’s fastest-growing oil region.

Energy companies would potentially submit offers for Guyana’s competitive bidding round, which is offering 14 areas that include shallow and deepwater zones, until mid-April. Separately, it has discussed directly allocating lands with other countries, according to Reuters.

“We have been toying with a number of options,” Ali said on the sidelines of an energy conference in Trinidad and Tobago. “We have gone out publicly with the bid round [and] there is also that room we are looking at for government-to-government collaboration.”

Earlier this month, Ali traveled to India, where he urged businesses to take part in the round and held discussions with the government on block allocations to state entities and potential oil supply agreements with the Asian nation.

“In the environment we are operating, you have to keep as many cards on the table,” Ali added.

The prime minister of Trinidad and Tobago, Keith Rowley, also declared at the conference on Monday that his country may forego competitive bidding rounds in favour of direct negotiations with energy companies for oil and gas development.

“It’s unclear if the government-to-government negotiations are related to the already announced 14 exploration blocks or if they are talking about different areas,” said Andre Fagundes, vice president of Research at Welligence Energy Analytics.

“It’s important for Guyana to clearly communicate what these government-to-government negotiations really mean, and when they will take place. Otherwise, they can seriously hurt the bid round transparency and alienate potential participating companies, especially the non national oil companies,” he added.

At the Energy Conference 2023 in Port of Spain, Trinidad’s Energy Minister Stuart Young proposed an energy alliance to bring oil and gas resources from Guyana, Venezuela, and Suriname to Trinidad, which at the moment has extra processing and export capacity.

The COVID-19 outbreak and the conflict in Ukraine demonstrate that the area must stand alone, according to Young. A broader regional role in the provision of energy can be played, he continued, by combining Trinidad’s capabilities with resources from recent finds in Guyana and Suriname.

President Ali also urged cooperation in the Caribbean and claimed that certain nations are promoting green energy policies without considering the effects on exporters like Guyana.

In addition to the absence of assistance from multilateral institutions, Ali emphasised the potential economic repercussions.

Regarding the aggressive net zero approach some western countries have adopted, Qatari officials have also pointed out the unrealistic denotation of such move.

Late September, the Gulf country’s energy minister said demands to ban hydrocarbons “are not only unrealistic but, as recent months have proven, are harmful to a realistic, accelerated transition,” and the sector needs to better assist people in understanding such concept, Reuters reported.

Saad Sherida Al Kaabi said that hydrocarbons “are not going to disappear any time in the near future”, suggesting cleaner hydrocarbon forms were therefore necessary for a responsible transition.

In an interview with a Singapore-based outlet filmed during his Asia tour in August, Qatar’s Foreign Minister Sheikh Mohammed bin Abdulrahman Al Thani echoed those thoughts, saying “energy will remain a very relevant, cleaner, and more reliable source for a longer period, because we see that it is the best alternative and the more realistic alternative towards transition”.

The soaring cost of energy is “weighing painfully” on the world economy and eroding support for the transition to green energy, the CEO of QatarEnergy said in October.

“Many countries particularly in Europe which had been strong advocates of green energy and carbon-free future have made a sudden and sharp U-turn. Today, coal burning is once again on the rise reaching its highest levels since 2014.” 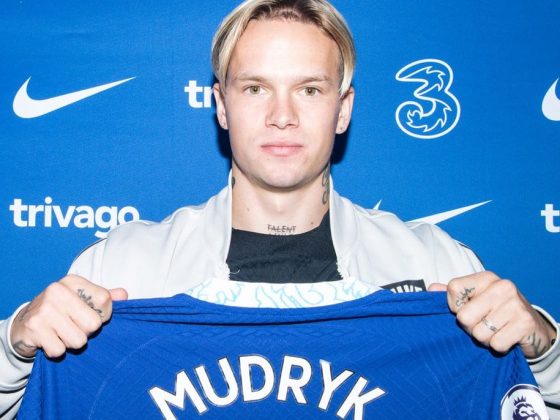 UEFA to clamp down on lengthy Chelsea signings with five-year limit: reports