Doha and Paris celebrated their 50th anniversary this year, coinciding with the inauguration of the first Strategic Dialogue between the two countries on 28 March.

The two leaders will discuss bilateral ties and issues of common concern, though no further details have been disclosed.

Macron had travelled to Qatar in December last year just months before being re-elected last month.

The meeting on Sunday comes a day after the Qatari amir was spotted at the UEFA Champions League final at Stade de France in Saint-Denis. The match saw Real Madrid triumph Liverpool in a 1-0 win, claiming the Spanish club’s 14th Champions League title.

The amir’s visit to France also comes following a tour of Europe, in which a range of issues were highlighted, including World Cup cooperation, energy security and efforts to revive the 2015 nuclear accord.

Other countries on his itinerary included Slovenia, Spain, Switzerland and the UK.

Energy security has been a key concern for Europe for months ahead of the Russian invasion of Ukraine on 24 February. The region had previously received 40% of its gas supplies from Russia, with almost a third of shipments passing through Ukraine.

France was among the countries that turned to Qatar in an effort to reduce its dependency on Russian gas. Paris’s purchase of 12.4 billion cubic meters of Russian gas from Gazprom in 2020 made up roughly 29% of its consumption during the same year.

In March, France’s Foreign Minister Jean-Yves Le Drian was in Doha where he met with Qatar’s Minister of State for Energy Affairs Saad Sherida Al-Kaabi.

Other countries that held talks with Qatar on the pressing issue included Italy and Germany, with the latter sealing a deal with the Gulf state for liquified natural gas (LNG) supply.

Qatar and France celebrated their 50th anniversary this year, coinciding with the inauguration of their first Strategic Dialogue on 28 March.

The meeting came following a significant growth in partnership that occurred last year in light of the Taliban’s takeover of Kabul on 15 August. At the time, Qatar facilitated history’s largest airlift of people, successfully evacuating more than 70,000 Afghans and foreigners.

The Gulf state also helped evacuate at least 110 French nationals and their dependents between September and December last year.

For the two allies, another issue of mutual concern includes the situation in Lebanon, with both nations championing parliamentarian elections. After months of stalemate, the vote took place in May.

Qatar and France have both expressed their support for the cash-strapped country with the formation of the new government.

Beyond diplomatic efforts, the two countries are key partners in the sports industry, with Qatar acquiring French football club Paris St Germain in 2012. According to Reuters, the transaction was valued at $131.15 million.

Meanwhile, France agreed to help Qatar secure the 2022 World Cup, the first to take place in the Middle East.

Last year, France’s armed forces agreed to send security personnel and material to the Gulf state. This includes the deployment of a BASSALT anti-drone system, which will help detect and identify incoming drones.

France said it will also be sending one of its Air Force’s four E-3F Airborne Warning and Control System (AWACS), which can track hundreds of targets.

“With the exception of isolated terrorist acts, which are by nature very difficult to detect, the threats identified concern the cyber field […] and intrusion of aircraft or drones in the airspace of Qatar,” said French lawmaker Didier Quentin, as quoted by AeroTime last year. 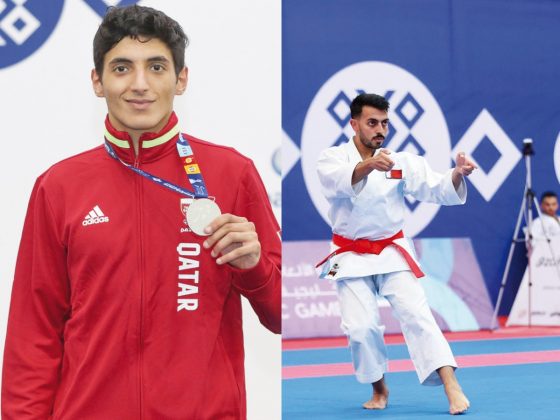