Traffic snarls reached a peak this morning after five buses full of workers collided near the camel racetrack on a highway west of Doha. According to the Ministry of Interior:

Traffic collision between 5 buses that transport workers on the road coming from Shahaniya towards Doha. Motorists please take care.

The accident appears to have taken place around 7 am this morning.

Separately, a witness told Doha News that a helicopter has been called to an accident off of the Wakra/Mesaieed highway.

It is not immediately clear whether anyone was injured or killed in either accident.

Meanwhile, complaints about traffic jams on the Corniche, on D Ring Road, near TV Roundabout and just about everywhere else were rife on Twitter.

Does anyone know more about either accident? How was your commute this morning?

Update: This post has been corrected to reflect that there were (at least) two separate traffic accidents this morning. 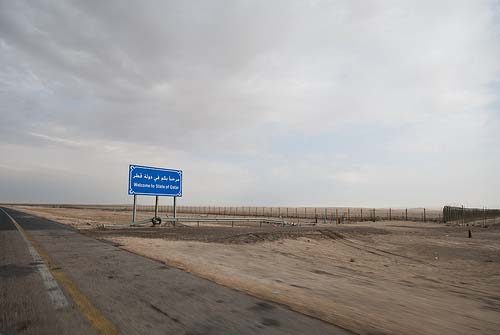 My smoking diary – Week four: Onward to umrah, leaving cigarettes in the dust