There are 14,000 monkeypox cases worldwide and five deaths, the WHO confirmed on Wednesday.

The first case of monkeypox has been registered in Qatar, the Ministry of Public Health (MOPH) confirmed on Wednesday.

The case was detected in a traveller returning to Qatar from abroad. The patient is undergoing isolation at the hospital and is receiving the necessary medical care with adherence to the national protocol for managing confirmed cases of monkeypox, MOPH announced.

Any individual that had been in close contact with the confirmed case has been traced, and is being monitored for 21 days in order to track potential developments of the monkeypox symptoms.

MOPH further announced that all the necessary protective measures in line for the early detection of suspected monkeypox cases have been carried out. Detection and diagnosis capabilities have also been provided in national laboratories, with updates of regulations and guidelines for managing the disease also being laid out.

MOPH, in coordination with the World Health Organisation (WHO), is keeping a close eye on the global and regional epidemiological situation, to ensure the healthcare sector’s readiness and ability to place a tight grip on any future developments.

In the announcement, MOPH recommended that the community members should comply with the precautionary health advice, especially during travel.

Monkeypox is a viral infection that occurs primarily in the tropical rainforest regions of Central and West Africa and may occasionally spread to other regions, according to Qatar’s MOPH.

People who have contracted the monkeypox usually develop symptoms that include fever, a chickenpox-like rash, muscle aches, shivering, swollen glands, and other health complications.

The WHO announced in late May that it remains unlikely that the monkeypox turns into a pandemic, according to the Associated Press.

According to current statistics, there are 14,000 monkeypox cases worldwide with five deaths reported in Africa, the WHO confirmed on Wednesday. Champions League Round of 16: PSG draws against Bayern Munich 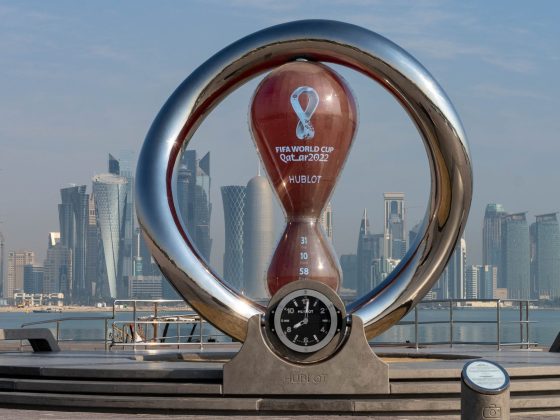