In his inaugural trip to the UK as head of Qatar, Emir Sheikh Tamim bin Hamad Al Thani arrived in London last night, amid media scrutiny there of the country’s UK investments and support for armed groups in Syria.

The Emir is likely to use his three-day visit to the UK to paint a more positive picture of the country among British leaders and the broader public.

After keeping a relatively low public profile during his first year in power, the Emir made a pair of foreign media appearances in September by appearing a joint news conference with German Chancellor Angela Merkel and then sitting down for a one-on-one interview with CNN.

In both appearances, the Emir conveyed a consistent message: Qatar is working hard to improve its human rights record and does not support ISIL.

During his trip to the UK, Sheikh Tamim is scheduled to visit Queen Elizabeth II and, separately, meet with Prime Minister David Cameron on Wednesday.

Qatar, through its sovereign wealth fund, is a high-profile investor in the UK capital, particularly in real estate. In the past, British media have dubbed Qatar’s former emir “The landlord of London,” while others have run features under variations of the headline, “How Qatar bought Britain.”

Such sentiments are likely to increase as the Qatar Investment Authority (QIA) finalizes its £1.1 billion (QR6.45 billion) purchase of the HSBC Tower in Canary Wharf from a Korean pension fund.

The deal – the UK’s largest for a single building – will add another prominent British landmark to QIA’s property portfolio, which already includes the 87-story Shard, Olympic Village and upmarket department store Harrods.

Qatar’s UK holdings have become lightning rods in recent months in discussions over the Gulf country’s role in Syria.

For example, in response to a perception that Qatar is allowing individuals here to fundraise for armed groups in Syria and Iraq, some British residents attempted to organize a boycott of Harrods.

Meanwhile, opposition politicians in the UK have publicly urged the prime minister to discuss Qatar’s role in restricting the flow of funds to groups such as ISIL when he meets with the Sheikh Tamim.

Speaking to the Telegraph this week, Conservative member of parliament Stephen Barclay said:

“There is clear evidence that Qatari nationals have been instrumental in the financing of Sunni terror groups and the Prime Minister should not avoid tackling this issue head on with the Emir.”

At the same time, Cameron is expected to push for additional investment by Qatar in the UK, and discuss ways to deepen the defense relationship between the two countries. This includes selling more British military gear to Qatar, which was recently made a “priority market” for UK weapon manufacturers.

The UK is also hoping Qatar buys BAE Systems’ Typhoon fighter jets as the Gulf country upgrades and expands its air force. Additionally, the UK was reported to have participated in last week’s Milipol internal security trade show in Doha for the first time.

Sheikh Tamim arrived in London after attending the funeral of Total CEO Christophe de Margerie in Paris on Monday. Following his trip to the UK, the Emir will make a state visit to China from Nov. 2 to 4, according to that country’s foreign ministry. 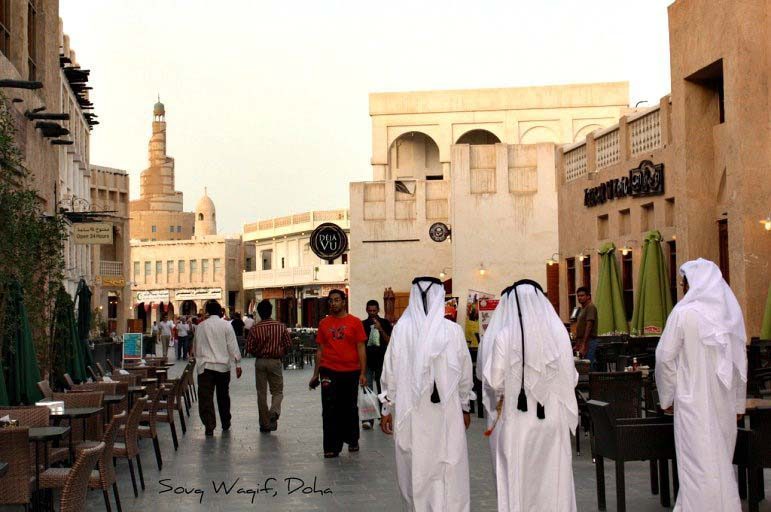 Its a good move by him to visit and protray Qatar in a better light after the battering it has had recently. Their are very close ties between the UK and Qatar and it benefits both parties.

Just read the UK news. You will probably find out exactly what they discussed.

Just got the following post from http://www.gov.uk about the Emir’s meeting with the UK Prime Minister.
https://www.gov.uk/government/news/pm-meeting-with-the-emir-of-qatar-october-2014 .

Most interesting is the subject of Adam Jones of which I was unaware (although no real reason why I should have been). Googling “Adam Jones” for more info I got a lot of UK press links like this from The Guardian

http://www.theguardian.com/world/2012/aug/11/cameron-promises-boy-abducted-qatar
That was two years ago — it would seem that it needed to be raised –so clearly nothing has changed.

One supposes the Emir would/should be able to resolve this issue at the stroke of a pen or a simple instruction.
I will observe with interest the next move.

MIMH — you always have a view. What do you think?

BTW Jimjam I did read the UK press (well BBC). The silence was deafening

Look, I don’t know about anyone else, but when you get to my age you get a feel for people, to my mind the Emir looks like a good guy and I have a feeling he probably is. I personally think that he does what he has to do for his country and that is how it should be, I also believe he appreciates the efforts all expats give to helping his government realize his hopes for the future of Qatar. Call me an old fool but I don’t blame him for what might or might not be the actions of all Qataris and I say might. I think he has spent time assessing his role and has quite rightly taken his time before appearing on the world scene, to my mind that is the actions of a bright and sensible man.