A separate 2020 poll found nearly 90% of the people surveyed in Qatar and Kuwait rejected the recognition of Israel by their countries.

Support for Israeli normalisation among populations in the region has dropped almost two years into the signing of the controversial Abraham Accords by various Arab nations.

The decrease was represented in a March poll by the Washington Institute (TWI), published on Friday, among populations in Saudi Arabia, Bahrain and the UAE. The findings indicate that support for normalisation dipped among more than two thirds of citizens in the three countries, in comparison to the past two years.

Brokered by the former US Donald Trump administration, the Abraham Accords were first signed by the UAE and Bahrain in late 2020, marking the beginning of relations between Tel Aviv and the two Gulf states.

Oman and Saudi Arabia have yet to follow such a move, while Qatar, Kuwait and categorically refused, citing the 2002 Arab Peace Initiative.

In 2020, polls found that 40% of Saudis supported the accords, though the sample size of the TWI survey remains unclear.

In Lebanon, the percentage of those who view the accords negatively increased from 41% in 2020 to 66% in March this year.

As for Egypt, the survey saw a quarter drop among supporters of normalisation to 13% whereas the percentage in Jordan remained roughly the same, standing at around 12%.

The Hashemite kingdom was the second in the Arab world to establish ties with Israel in 1994 following Egypt in 1979. More than half of the 6.3 million population of Jordan is of Palestinian origin, per previous figures shared by Human Rights Watch (HRW).

Meanwhile, 48% of people polled in East Jerusalem said they viewed the Abraham Accords in what the institute described as “a somewhat positive light”.

Figures show 71% of Emiratis viewed it negatively, despite the UAE’s recent establishment of ties with Tel Aviv.

A separate 2020 study by the Arab Center for Research and Policy Studies (ACRPS) revealed the Gulf region stands as the strongest for opposition to normalisation.

That comprehensive opinion poll was the largest known report on public attitudes throughout the Arab region. It was carried out by 900 researchers within the MENA region, who conducted 28,000 interviews in 13 countries over a span of 69,578 hours.

Nearly 90% of the people surveyed in Qatar and Kuwait at the time of the announcement of the Abraham Accords rejected the recognition of Israel by their countries, the seventh series of the annual Arab Opinion Index report said.

The survey also revealed that 65% of Saudi respondents rejected the recognition of Israel, while 6% agreed and 29% refused to express their opinion. Saudi Arabia has not yet followed the United Arab Emirates and Bahrain, who were not surveyed, in their controversial normalisation deals.

Qatar has repeatedly renewed its staunch refusal to normalisation with Israel on various occasions at high-profile events. 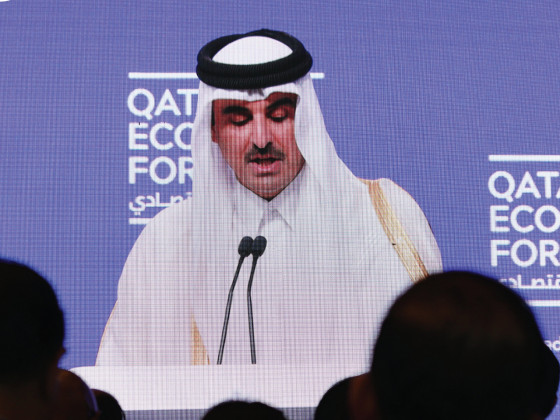