Amid growing criticism of its human rights record, Qatar is seeing an uptick in injuries from falls at construction sites, the Peninsula reports.

HMC treated more than a 1,000 people injured after falling from heights at work sites last year, a 67 percent jump from the 600 seen in 2008, Dr. Ahmed Zarour, director of the Trauma Intensive Care Unit, told the newspaper.

That number will go down only if companies do more to ensure the safety of the their workers, which could take government intervention, he added.

Qatar has been plowing ahead on billions of dollars worth of infrastructure projects ahead of the 2022 World Cup, but that’s no excuse to cut corners, international groups are saying.

On Sunday, a trade union group stepped up its criticism of Qatar’s treatment of migrant workers.

She continues, as reported by AFP:

“They work at risk of heart attacks and dehydration … many die at night from heat strokes,” Burrow said, adding that a “wall of silence” had followed pledges by Qatar authorities to improve work conditions…

“Pressure on Qatar will increase … Qatar can no longer buy the respect of the international community,” she said.

Last week, international NGO Human Rights Watch also called on Qatar to improve its treatment of low-income expats, starting with abolishing the kafala system. But HRW officials added that the government has been receptive to their concerns. 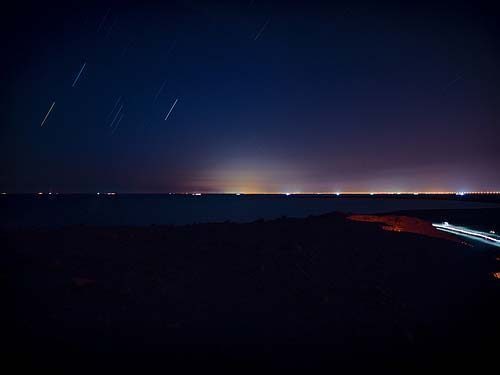