Australia, the world’s largest exporter of live animals, has struck a deal with three Gulf countries to ensure that sheep slaughters don’t take place at home during the upcoming Eid holidays, a Sheepmeat Council of Australia official has said.

Observers will be “on the ground” to ensure that individuals do not buy sheep for home slaughter in Qatar, Bahrain and Kuwait, which account for nearly half of the council’s sheep exports.

During Eid al Adha, expected to take place between Nov. 6 and 9 this year, Muslims are required to sacrifice animals as a nod to the sacrifice that Abraham was told to make – and then spared – by God.

Ahead of the festival, individual sheep are often bought from holding feed lots after arriving in Middle East countries, tossed in a car boot and taken home for slaughter — a practice which animal welfare agencies claim is cruel.

“Key to assuring the welfare of Australian sheep is the implementation by importers and importing governments of a ‘no private sales’ policy to unknown slaughter points in these markets,” the council’s chairman Kate Joseph said.

Individual buyers of sheep will be required to use slaughter facilities that comply with global animal welfare standards.

I know this will please a lot of expats who are tired of the annual bloodying up of their carparks. But will it stop those who are determined to slaughter their own animal at home? 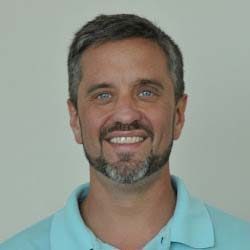