Qatar’s Emir and Pakistan’s president both visited India in an official capacity this week.

But he should have, says Ed Husain, a senior fellow for Middle Eastern studies for the Council on Foreign Relations.

Chisthi’s grave is one of many prominent Sufi shrines throughout India, whose Muslims tend to take a less literal approach to Islam than Khaleejis do.

In a blog post for the Arab Street, Husain argues:

Qatar’s emir was nowhere to be seen near the homes of ancient Islam in India. Why? Because to do so would send a message to his own literalist Wahhabi base in the Gulf that he had become a “grave worshipper,” who had abandoned “true Islam.”

…The emir of Qatar should seek out Muslim shrines in his future trips to other countries. After all, Arab monarchs are keen to be seen in Westminster Abbey in London or at Arlington Cemetery in Washington, DC. If they are willing, rightly, to visit the tombs of non-Muslims, then why not honor those of their fellow Muslims? 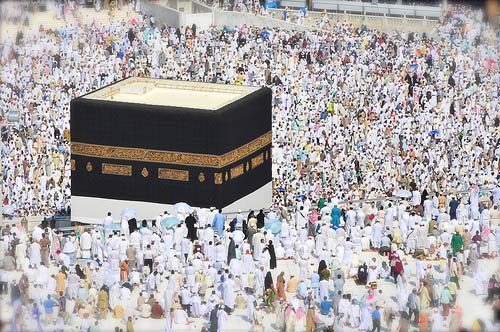 Some 13,000 Qatar residents apply for Hajj this year, but only 1,500 visas available