In a vote of no-confidence against Qatari art collector Sheikh Saud Bin Mohammed Al Thani, a UK court has ruled to freeze $15 million of his assets at the request of coin dealers who are suing him for an unpaid debt of $19.8 million.

“This pattern of behavior is both unexplained and inexplicable,” the London court said on Friday, according to Bloomberg. “The sheikh’s royal status is irrelevant. We are all equal in the eyes of the law.”

Lawyers for Al Thani, a 45-year-old former culture minister who was once widely regarded as the world’s largest collector of antiques before falling from grace in 2005, maintains that he has been trying to pay for the coins for the past nine months.

He is also awaiting a $100 million payment for a wildlife preserve and natural history collection that he sold to Qatar and the Qatar Museums Authority, Bloomberg reports.

During last week’s court hearing, the coin dealers’ lawyer painted Al Thani as a “serial defaulter” who has allegedly racked up $60 million in debt to auction houses around the world, including $6.9 million owed to Bonhams and $42 million owed to Sothebys.

But last month, Sotheby’s disclosed that Al Thani had pledged the world’s most expensive watch and other collectibles valued at almost $83 million to cover the debts he owed to the auction house.

On Oct. 12, Sotheby’s Financial Services Inc. disclosed a six-page list of about 240 collectibles that Al-Thani had pledged to the auction house’s lending unit, including a dozen pieces of jewelry, almost 80 tribal works of art from African and Polynesia, artifacts from Ancient Rome, antique books, illustrations and other printed works by 95 authors, and “a highly important Faberge Imperial Easter Egg.” Also on the list: six watches, among them the Graves Supercomplication…

The Sotheby’s filing reveals for the first time that Al-Thani is the owner of the Graves Supercomplication, which has a star chart showing changes in the night sky over Manhattan and a minute recorder that plays the same melody as Big Ben, the bell of the clock tower at the Palace of Westminster in London.

In 2005, Al Thani was dismissed as Qatar’s Minister of Culture and placed under house arrest here under suspicion of misusing public funds.

He re-emerged shortly after and continues to be a big spender in the art world.

Qatar’s water woes: The hidden costs of our over-consumption 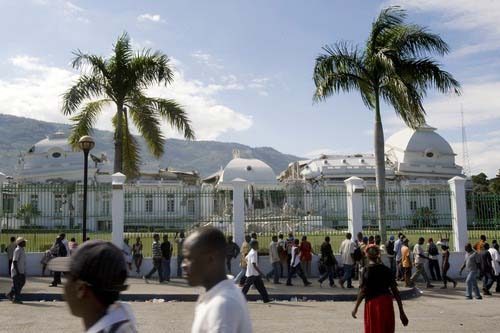