The FIFA World Cup Qatar 2022, hosted in the Middle East for the first time, is the most inclusive in the history of the tournament, a top Qatari official said.

Speaking to the Washington Post, Qatar’s Foreign Minister Mohammed bin Abdulrahman Al Thani spotlighted the success of the tournament, which kicked off on November 20 and will end with the final on December 18.

With more than 1.5 million  flocking into the Gulf state, some of whom are experiencing the region for the first time, scenes of cultures coming together have taken the world by a storm.

“We’ve delivered something historic — having all these people coming here and experiencing the Middle East. We are 100 percent certain that it will help a lot in changing the perception of a lot of people around the world about the region.”

“What you have seen here in Qatar, the way that the people and the fans blended together, it’s really something fascinating that I don’t think that we have ever seen before. And maybe we will never be able to see it again.”

The minister said Qatar believes that this is “the most inclusive World Cup,” noting “there are a lot of people from different countries, from different backgrounds who have never been able to come and enjoy the World Cup.”

“We want to show to the world that Arab countries, the Middle Eastern region, are not only about wars and conflicts. It’s also about celebration and celebration of this beautiful game,” he added.

The foreign minister also touched on some of the more sensitive issues, including rules for visitors attending the tournament.

Qatar is the first Arab and Muslim country to ever host a FIFA World Cup, with some of its laws and traditions coming into the spotlight. These include public displays of affection, which is deemed to be inappropriate in Qatari society.

“What we’ve been asking is for the visitors who are visiting us to come here to enjoy the football, focus on the football, enjoy our culture, enjoy the country and the hospitality of the country. Just respect the laws, which is something that is expected of Qataris when they are traveling in other countries,” the FM said.

“It’s not our business what is the background of the people who are coming. Our business is whatever … is affecting the public safety or trying by any means to offend the public. This is not acceptable. And this is applied to a LGBT couple or to a man and woman.”

Qatar has been heavily scrutinised for its human rights record ever since it won the bid to host the World Cup back in 2010, with particular emphasis put on its treatment of migrant workers in the country.

Since then, it has taken initiative to stamp out such concerns, implementing a wide set of reforms to address the issues.

“We never claim that our country is perfect. We never claimed that the conditions of the migrant labourers are perfect,” Sheikh Mohammed said.

“We opened our doors for the NGOs. There is no country in the region that adopts an open-door policy, like what Qatar did,” he added, referring to the opening of the International Labour Organisation office in the capital Doha.

“Organisations like Human Rights Watch or Amnesty International, they can come here, they can publish their reports here. They cannot do it in some other places” he noted.

However, despite the reforms, Western media has continued to critics Qatar, with many outlets and reports failing to highlight changes made on the ground.

Qatari authorities say failure to acknowledge the changes suggests the critical is part of a major ‘racist’ campaign launched against the first ever World Cup in the Arab world.

“We set an example in this region, leading change, leading reforms. And unfortunately, despite all of this, some NGOs and media outlets were just trying to attack Qatar without acknowledging or appreciating all these developments that happened,” he said.

Meanwhile, the foreign minister also tapped in to other topics, including the most recent 2017 GCC crisis, which saw Saudi Arabia, the United Arab Emirates, Bahrain and Egypt sever ties with Doha.

However, the blockade was lifted with the signing of the Al Ula Agremeent in 2021, and relations are now on the mend.

“We believe in the unity of the [Gulf Cooperation Council, a bloc of six Arab monarchies in the region]. This doesn’t mean that we will agree on everything. We have differences. Let us build on what we have as a common objective,” Sheikh Mohammed said.

Among the issues that led to the crisis was Qatar’s adamance over a more independent foreign policy, with officials on many occasions calling sovereignty a ‘red line’.

Such an approach put Doha at odds with neighbouring states like Saudi Arabia, the UAE and Bahrain during the 2011 Arab Spring movement, in which Qatar largely stood behind the people of the region.

“Maybe we took certain steps, certain policies when the Arab Spring started [to back elements of pro-democracy uprisings in parts of the Arab world in 2011]. But those steps were not taken until we have seen the people of those countries either bombed or victim to massacres. That is when we acted collectively, maybe not with the GCC, but with other countries.”

“We are not taking the side of political Islam or the side of liberal parties versus secular parties. It’s not our business. We are a state. We are not a political party,” the foreign minister said. 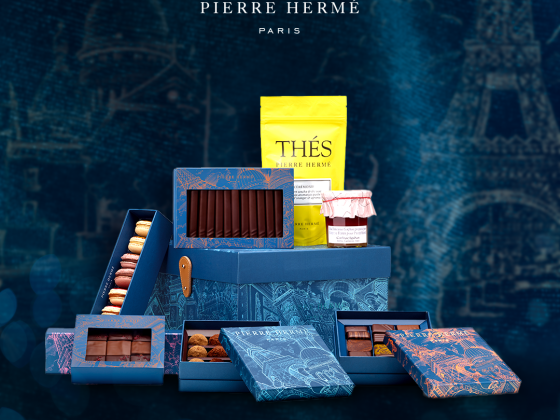