For the first time in its history, Qatar is set to host the long-anticipated and first ever Shura Council elections on 2 October after years of delay.

Almost five decades later, Qatar is now entering into a new phase with citizens heading to the polls to elect their representatives in a first time for the judicial body.

While elections may seem like a fairly new concept in the GCC, they have been taking place in some Gulf countries for years.

The Shura council is one of the two main pillars of Qatar’s legislative body.

As Qatar is a Muslim state, the name “Shura” was derived from the Islamic consultation system which establishes laws based on Sharia. As it stands, Qatar is one of few countries in the region that is able to pass laws using the Shura concept.

The roles of the Shura and cabinet go hand in hand – the latter proposes bills and prepares draft laws for the council to review, making further recommendations and amendments before the law comes into effect.

How Qatar’s Shura Council has transformed over the years

The council comprises of 45 members, all of which have been appointed since its inception until now. In 2020, Qatar’s Amir Sheikh Tamim bin Hamad Al Thani announced 30 members of the body will be elected into office on 2 October while the remaining 15 will be appointed shortly after.

While this is a first for the Shura Council in Qatar, this is not the first election to take place in Qatar.

In 1999, Doha hosted its first elections for the Central Municipal Council, which was formed in the early 1950s. The elections saw the participation of both women and men.

The Municipal Council, or Al Majlis Al Baladi, focuses on economic, financial and administrative management of municipal affairs and culture. It also oversees laws, decrees and regulations that are related to urban and industrial planning.

On 1 November 1962, a constitution drafted by an elected 20-member Constituent Assembly, or Majlis Al Umma, and 11 ministers was approved by Kuwait’s then Amir Sheikh Abdallah Al-Salem Al-Sabah.

The constitution came into effect on 29 January 1963.

The Majlis includes a total of 65 seats, out of which 50 are directly elected every four years, in addition to 15 appointed members.

The cabinet, or Council of Ministers, carry executive power in the country and is headed by the prime minister. While the cabinet is appointed by the amir, its members are recommended by the PM.

Kuwait’s National Assembly is also the longest-serving majority-elected parliament in the GCC, with powers to pass legislation and dismiss ministers – making it more powerful than that of most countries in the Gulf region.

But while members of parliament are elected to serve four-year tenures, Kuwait’s parliament is notorious for being dissolved by the amir without serving its full term.

While women in Majlis Al Umma gained the right to vote in 2005, women only won seats in the assembly in the 2009 election. The four women who made history by being the first to win seats included: Aseel al-Awadhi, Rola Dashti, Massouma Al-Mubarak and Salwa Al-Jassar.

Like Qatar, Saudi Arabia also has its own Shura Council, comprising of 150 members, including 30 women, in addition to speakers.

Formed in 1927, the Saudi Majlis Al Shura is the oldest parliament in the GCC, with all of its members appointed by the king every four years.

The Shura advises the king on issues that are important to the country and can propose draft laws. However, they must be forwarded to the king who has the power to pass or enforce them.

In 2013, Saudi Arabia appointed 30 women to the council for the first time in its history. This came after King Abdullah bin Abdulaziz Al Saud’s announcement in 2011 to allow women to join the Shura Council and vote in the Municipal Council, although the latter has limited powers.

The UAE’s top policy-making body is the Supreme Council of Rulers, which elects the country’s ruler and the Vice President every five years, while also approving the Prime Minister, who is nominated by the country’s leader.

The Prime Minister then appoints a cabinet, also known as the Council of Ministers, that is in charge of the implementation of policies in the UAE’s government.

A third body, known as the Federal National Council [FNC], is a 40-member parliament which can amend and reject proposed laws.

The parliament only had its first indirect elections in 2006, in which the rulers selected an electoral college comprising of members that are 100 times more than the number of the FNC.

Half of the FNC members are elected by the college and the remaining 50% are appointed by the rulers of the Emirates. Its latest elections took place in 2015, in which a quarter of its members were women, including its president, Amal Al Qubaisi.

Al Qubaisi was the first woman in the GCC to lead a National Assembly.

Oman’s late Sultan Qaboos bin Said introduced the Constitution of 1996, also known as the “Basic Law” which was followed by the creation of the Council of State a year later.

The Council of State, or Majlis Al-Dawla, comprises of 85 seats and assists the country’s ruler in implementing developments and cultural strategies in the Sultanate.

Oman also has the Consultative Council, or Majlis Al-Shura, which has 86 seats that are directly elected by majority vote. Elections through universal suffrage first took place in 2003.

Following political reforms in 2011, the Consultative Council started sending legislation to the Council of State to be reviewed by Oman’s Royal Court. The Majlis has slightly less power than the ones in the region, as it can only question ministers without having the authority to dismiss them.

Out of all the GCC countries, Oman’s women were the first to gain the right to run in Shura Council elections in 1997.

Bahrain also has its own Shura Council which includes 40 members who are appointed by royal decree, in addition to the Council of Representatives that comprises of 40 elected members and the National Assembly, or the parliament.

The National Assembly was disbanded two years after it was formed in 1973 and was only reactivated in 2002 as part of King Hamad bin Isa Al Khalifa’s new constitution that also allowed men and women to equally participate in elections.

The direct secret general elections of the Council of Representatives took place in 2002, which was seen as a milestone for the kingdom. In 2006, nine members were appointed in the Shura Council by the king.

Then in 2018, women won six seats in Bahrain’s parliament, the highest level of females in the country’s politics.

The Council of Representatives has the authority to dismiss ministers and the Shura Council oversees the state budget, accepts, amends or rejects draft laws. 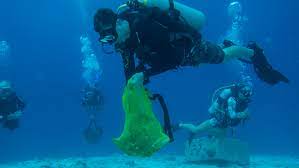