As the tournament edges closer, Qatari officials have taken a more head on approach to call out criticism.

Some 35 Jordanian members of parliament have called on a number of global bodies to back Qatar’s hosting of the FIFA World Cup 2022 amid ongoing criticism from western media.

Adopted by MP Khalil Attia, the memorandum saluted the “brothers in Qatar” and said “we always and forever stand by their side in solidarity with their authentic people under the leadership of His Highness Sheikh Tamim, may God protect and safeguard him.”

The signatories inked their name on a letter congratulating Qatar’s hosting of the biggest sporting tournament, in which it spotlighted efforts in organising such an event “in a way that evokes pride”.

“The brothers in Qatar warm our hearts as we hear, read and follow on a daily basis the indicators of success in hosting this major activity, praying to God Almighty to accommodate the brothers in organisation and duty after they have efficiently brought happiness to the hearts of hundreds of millions of people,” the memorandum read.

“In my name and in the name of those I represent in the Jordanian House of Representatives and the Arab Parliament, I affirm that all of us stand with the Qatari brothers in organising the World Cup, which is being held for the first time in the Arab region.”

The letter also said Qatar 2022 has played a major role in helping mitigate the region’s link to conflict and instead paint a “creative humanitarian portrait” that is recognised by everyone regionally and globally.

It also shed light on the score of criticism Qatar has been receiving since winning the bid to host the World Cup 2022 back in 2010, especially by western media. Such criticism has prompted many, including top officials in the Gulf state, to point to Islamophobia and racism.

“This is an apt occasion to emphasise our total rejection of all arrogant agendas that attempt to ‘marginalise’ the Qatari achievement, cast doubt on the capabilities, and highlight negative criticisms which we know are nothing but a distressed expression of ‘hateful racist’ political agendas that will fail in front of Qatar’s competency”.

The MPs slammed the ongoing campaigns against the Gulf country, highlighting Qatar’s success in being award the 2022 FIFA World Cup Host status over several other major countries.

Jordan is amongst many of the countries to provide Qatar with security support during the 2022 FIFA World Cup.

During the first quarter of this year, Qatar and Jordan’s bilateral trade witnessed a 32% increase, reaching $41 million after it was $31 million over the same period last year.

Goods imported from Jordan include fruits and vegetables, frozen foods, livestock, medical supplies including medicine, marble, and phosphate amongst many others.

In 2020, Qatar’s Amir Sheikh Tamim bin Hamad Al Thani visited Jordan for the first time since 2014, where he offered to provide 10,000 jobs for Jordanians. He had also pledged $30 million in assistance to the Amman’s military pension fund. 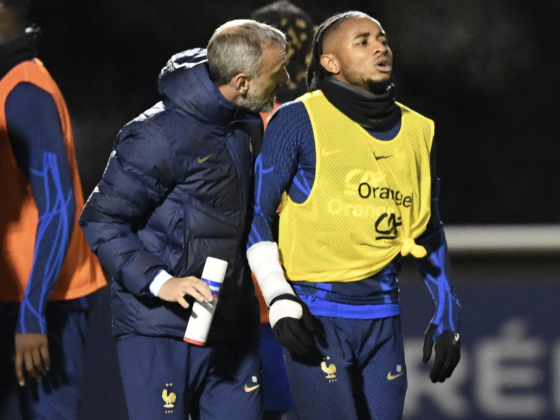