Over a decade since the toppling of Egyptian dictator Hosni Mubarak, hundreds of Egyptians living in Qatar carry memories of the Arab Spring in their hearts. Here, some of them share their story.

The Egyptian revolution officially started on 25 January, 2011, when thousands of people gathered across the country to demonstrate against poverty, dictatorship and political repression.

Protestors of all ages and backgrounds took to the streets chanting anti-Mubarak slogans whilst dodging water cannons and tear gas launched at them by the regime’s brutal police.

Various youth groups had chosen the date to coincide with the annual Egyptian “Police Holiday”, as a statement against the increasing police brutality during dictator Hosni Mubarak’s 30 years of presidency.

It was the first time thousands, if not millions, of Egyptians experienced the possibility of freedom. Forty five year-old Asmaa Shaker, an Egyptian reporter, found her voice when surrounded by her countrymen, all demanding liberty in unison.

“To be part of the crowd, to chant after years of being silenced— felt liberating. It almost felt unreal. You’re one person out of millions standing and chanting, yet you feel like you were being heard. It’s not a moment that you can ever forget,” she told Doha News, upon remembering the first demonstration she participated in Cairo, on 25 January.

“It is very hard to explain how such an experience can shape you as a person. I remember feeling free, but at the same time, it was terrifying. The sound of gunfire and the sight of dead bodies.”

Three days after the ignition of the revolution, demonstrations had intensified as clashes between protesters and the police spread throughout the country, worsening and becoming increasingly more violent.

The regime at the time attempted to limit the extent of the protests by interrupting internet and telephone services across all states and imposing a curfew to control the unrest in a Marshall Law-like manner. This response, however, only instilled hope within the nation as it indicated that the demonstrations were working.

Clashes continued throughout the night of 28 January, leading to the revolution’s first casualties and injuries. The day is now dubbed as Gom’et el Ghadab (The Friday of Rage), as it sparked a fierce passion in all Egyptians who took to the street, releasing a palpable energy—after that night, there was no going back.

The anger of that day persisted, until 14 days and many casualties later, Mubarak stepped down as president.

Protesters were lauded as heroes and all those who were killed were considered martyrs, as the country entered a trance-like period in which hope was the predominant theme.

As far as the street was concerned, Egyptians had shown the rest of the Arab world how mass demonstrations could bring about real change, and Tahrir Square became a symbol of freedom and liberty.

“I remember the exact moment Mubarak stepped down. The entire Square was cheering and dancing and you could almost smell the hope and freedom in the air. The moment was dedicated to the martyrs and their families, and those who did not give up in spite of it all,” Asmaa said, who requested for her name to be changed on grounds of anonymity, to protect her family back home.

She has been living in Doha for almost six years now and works as a reporter for one of the largest media networks in the region.

“At that moment, and only that moment, we were free. You can’t take that back. This moment changed me forever, and generations to come. And even though now everything is different, at least I have this moment stored in my memories to hold onto hope.”

The change was widespread amongst the Egyptian people. Amr Salama, now a journalist at Al Jazeera, echoed the same sentiments as Asmaa, remembering that his happiest moment was when Mubarak stepped down.

“I felt so proud to be part of such a journey. People looked at me differently because I was young and put so much dedication and perseverance into the revolution. The feeling that I offered something, even if it was as small as my demonstration to end the violent regime is something extraordinary,” he said.

Though he was only 21 at the time of the uprising, Amr was one of the most prominent activists and spent his early years advocating for change. He recognised that the Arab Spring served a greater purpose for him, presenting a chance to make what he had always dreamed about—a reality.

“We had this feeling of responsibility that we have to change. We have to be part of the change, and fight for it to see a new generation that could build the country,” Amr told Doha News.

“I remember the moment we saw thousands of protestors marching on 25 January all across Egypt; I screamed. I could not believe what I was seeing. When we stood in Tahrir Square, the chants were coming straight from our hearts. We were young, but we had enough passion and anger embedded within us.”

Despite the first mass protests taking place 11 years ago, the revolution is not exclusive to those who lived through it and experienced it first hand. Many youth who were too young to be out on the streets remember it through the stories of the generations older than them.

Donia Emad, an Egyptian pharmacist living in Qatar, was only 15 years of age when the revolution erupted. Though she only remembers it through big TV screens and debates at the family dinner table, she carries the memories close to her heart.

“I did not live it when it happened, but I lived it when I was old enough to understand it. For me, it was through the stories, pictures and TV screens. I lived it through people’s experiences, and it felt just as real and significant,” she said.

Donia remembers the first time she went to Tahrir Square when Mubarak stepped down. She was with her family, clenching her dad’s hand in order to not get lost between the overwhelming crowds of protestors.

Though she did not understand much at the time, it taught her everything she needed to know about freedom and how to never turn a blind eye to injustice, and as years went by, this lesson never faded.

“It definitely left a mark there. I am not quiet anymore. Now I speak. I speak in a loud voice, not for me, but for all the people I see in unfortunate situations. Now more than ever, I feel like I am a free person and I can’t [give up] this freedom anymore,” she conveyed.

“I can’t be a thing or someone in a country with no voice or identity. Once you feel the freedom, you can’t leave it. I know I can make a difference now and I find myself seeking  it in everything I do.”

Donia’s final remarks reflected the hope many refuse to give up on, as she reminisced with Doha News, “I hope one day we will go back again [and] take revenge for all the people that died, and I hope we really will have a voice and will make a difference again.”

Over a decade later, and despite the ongoing political repression in the country, the hope for freedom remains alive in many Egyptians—with many refusing to give up in their fight for “bread, freedom and social justice”. Though the future is uncertain, one thing remains true: the events of January 2011 made a difference. 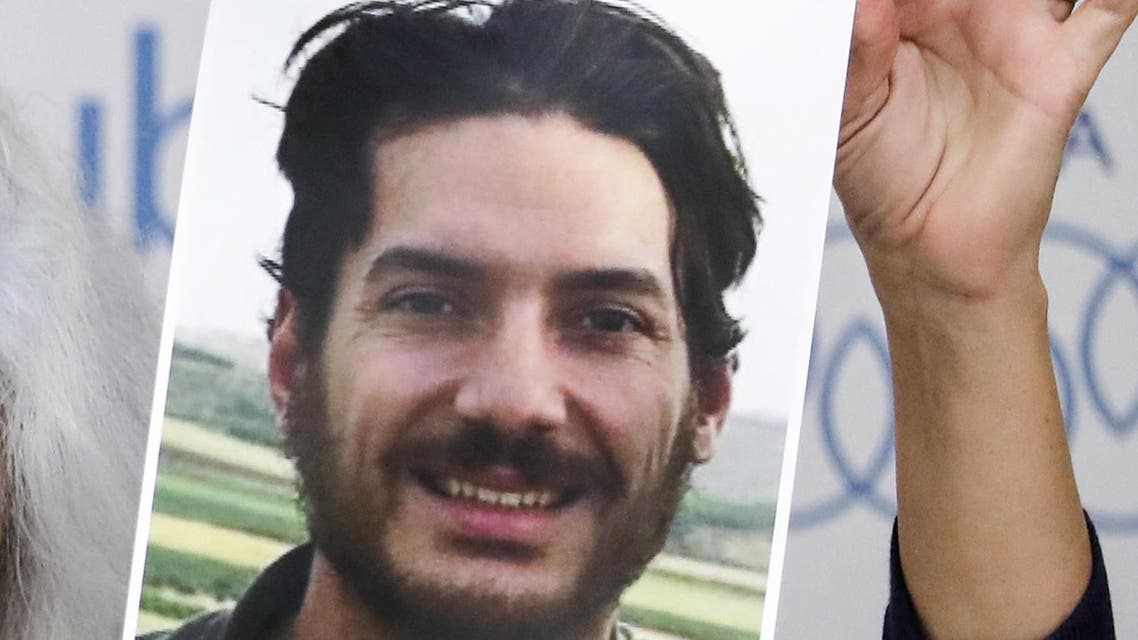 Mother of US journalist detained in Syria seeks Qatar’s help Man arrested over murder of security guard in Qatar