Earlier this week, senior editors from the Gulf, Africa and South Asia convened in Jordan for a two-day conference on media coverage of migration issues. Doha News executive editor Shabina S. Khatri attended the event, as did Kanak Mani Dixit, a Nepali journalist and editor of the Kathmandu-based south Asian magazine Himal.

Yesterday, Dixit published this reflection of Nepal’s role in the exploitation of its nationals when they take jobs overseas. It is republished here, with his permission, and with credit to The Kathmandu Post (the English-language version of Nepali newspaper Kantipur).

For a country whose economy has been gnawed by nearly two decades of political violence and uncertainty, Nepal has got a bonanza in the rise of Qatar. Nearly a quarter of the two million inhabitants of Qatar today are Nepali citizens, “temporary contract workers” who are helping shape a nation-state and its infrastructure.

And the employment opportunities seem secure as long as the price of natural gas stays up and Qatar’s evolution as an international hub proceeds towards fruition.

The FIFA World Cup of 2022 will have Qatar spend an estimated $100 billion between now and then, on 12 soccer stadia, railways, a city to house 200,000, and so on. Doha is already a city of yellow hats and construction cranes, and the soon-to-open Hamad International Airport, planned to service 50 million travelers annually, will further boost the economy.

All of this growth in Qatar, as well as the other countries of the Gulf Cooperation Council (GCC)—with small populations and large incomes—provides economic security for Nepal, whose citizens are part of the massive underclass of the Gulf economies. Under the circumstances, there is reluctance to ask questions, such as whether Nepalis are being paid fairly and treated humanely.

Kafala is a Bedouin word referring to the gracious treatment of guests but in the labour market of the Gulf today it refers to the system of sponsorship of foreign workers by private parties. It is a largely corrupt system that keeps the foreign workers outside the purview of governmental regulation and under the thumb of employers.

As one scholar notes, kafala is inherently problematic because it creates “structural dependence between employer and migrant worker.” An unequal power dynamic is created between the owner and laborer, with lots of room for exploitation by private recruitment (manpower) agencies in both sending and receiving countries, and at every step from recruitment to the point of return from the Gulf.

In varying degrees in the different states, the sponsorship system is marked by deception—in recruitment, nature of work, levels of pay and living conditions. Those promised employment as drivers end up as sweepers, those who applied to be gardeners are made to look after camels in the desert.

Promised salaries are not given, and outrageous deductions are made for food and board. Alone against the world, the workers are so much in debt to get this far that they have no choice but to stay on the job.

“Passport retention” by the employer is one practice which makes the worker totally insecure, a subject of blackmail. The kafala system also restricts labor mobility in more ways than one: to other jobs, and even the flight back home requiring the sponsor’s okay.

Nepalis remain attractive to unscrupulous businesses due to their docility in the face of systemic abuse, which itself is explained by the workers’ level of desperation. On the whole, Nepali migrants compete with Bangladeshi, Indian, Pakistani, Afghan, Sri Lankan, Filipino, Indonesian, as well as the Somali, Egyptian, Ethiopian and other nationalities.

In terms of earnings and nature of work, Nepalis are at the bottom of the ladder, together with Bangladeshis and Uttar Pradeshis from India. By category, the poorest earning of all are the women of all nationalities, working mostly as household staff.

The job migrants of Nepal are entrapped not only by the sponsor-manpower nexus but by a neglectful Kathmandu civil society and a government that has floundered all these years when it comes to foreign affairs and the protection of overseas citizens.

The Kathmandu discourse on migrant labour is marked by a sense of fatalism—the diffidence explained perhaps by a fear of shaking the honey pot. The Gulf migrants are perceived as the luckier ones, given that the poorest of all cross the open border into the employment sump that is India.

There is much reportage on the shenanigans of manpower agencies but little questioning of the governments of Nepal and Qatar.

But Nepal should not run shy of seeking better working conditions, also because the Qatari rulers themselves seem to want it—the problem is said to lie with the private sector that is raking it in under kafala.

Together with Bahrain, Qatar is considered more liberal among the regimes of the GCC, and the fact that Doha allowed Amnesty International, the International Labour Organization (ILO) and the UN Special Rapporteur on Human Rights of Migrants to study the labour situation is itself is an indicator of a willingness to change.

While there is little or no possibility of collective bargaining within the labour-receiving Gulf countries at this stage, the sending countries including Nepal—individually and collectively—could cooperate to demand better “migration governance” in the GCC region.

It is a delicate task that requires research, diplomatic skill and committed activism—so that the fundamental rights of the workers are protected without exposing Nepali workers to formal or informal bans (as happened with Filipina workers, when Manila sought to raise their base income).

Says one labour activist in Doha reassuringly: “Given the building that is going on, Qatar needs the Nepali workers just as much as the Nepalis need jobs in Qatar. Because the Nepalis are lowest in the labour hierarchy in any case, demands for better conditions can be sustained without jeopardizing future recruitment.”

She adds, “If Qatar were to treat migrants better, it could have a domino effect elsewhere, including closed-off Saudi Arabia.”

While the sending country will always be the weaker party, there is no excuse for letting laissez faire fatalism dictate our attitude, leaving the workers completely unprotected in the open market. The income and job security of foreign workers should be seen relative to the prosperity of the host country rather than the poverty of the sending country.

A Ministry of Foreign Employment

There is a palpable shift in the international discourse on labour rights even as this sector emerges as the next frontier for worldwide activism. The Gulf states, too, have arrived at a point where their plans to emerge as international cultural and economic centers will require better labour governance at home.

As a major labor exporter, Nepal must come out of the fog and get involved in the accelerating discourse. Priority in foreign affairs must be given to the relationships with the labour-receiving countries, especially those of the Gulf and Malaysia.

We must rise from the wreckage of foreign affairs, including the appointment of incapable political-appointee ambassadors, which has directly hurt the prospects of citizens working overseas.

It may not be a bad idea to establish a full-fledged Ministry for Foreign Employment, given the overwhelming importance of this sector for the national society and economy. We need to frame and implement policies on Nepali workers in India, the Gulf, Malaysia, Korea and elsewhere—including now the outer reaches of Africa.

Immediately, we need more embassies in the GCC states. Meanwhile, Kathmandu must make common cause with other sending countries of South Asia—an international collective bargaining to lift the work conditions for all. The ILO and the Swiss Agency for Development Cooperation have just initiated a program to study labour migration to the Gulf, and this can be used for access and backup.

Attending a conference on migration to the Gulf countries organized last week in Jordan, one came away convinced that there is no need for diffidence when it comes to the rights and lives of Nepali workers overseas.A considered effort will help raise security and income, and increase peace of mind, of the “subsistence migrants” who toil in the desert heat. 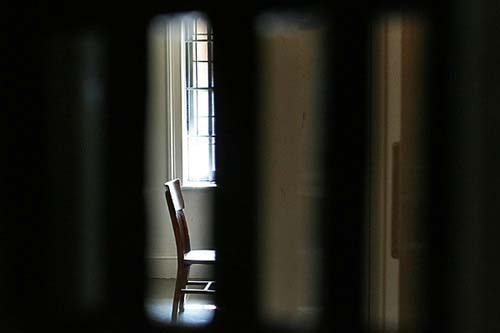