A 39-year-old expat has praised paramedics for helping to deliver her baby daughter in an ambulance on a Doha roadside earlier this year.

Umm Maimoonah told Doha News that the three male paramedics who attended to her during the birth in April were “kind” and “full of respect.”

The ambulance crew was rushing her to Hamad Women’s Hospital when she told them to stop the vehicle because she could feel the baby coming.

Within minutes, her daughter was born, and despite the dramatic nature of the delivery, Umm Maimoonah said that she does not remember feeling nervous or frightened.

“They looked after me well, did not panic, and made me comfortable,” she said.

Umm Maimoonah, a trained teacher who runs a homeschool support website, has lived in Qatar for six years.

About a week before she was due to have her second child, she began experiencing pain at home in north Doha, near Lusail City.

“The night before, I thought it might have been false labor,” she told Doha News. “But in any case I told my husband it would be best if we pack the hospital bag.”

The next morning, her pain levels began to increase, but she decided to wait at home with her 8-year-old daughter until they became more intense.

Meanwhile, the couple discovered that they still needed to buy some items to take to the hospital, so her husband went out to get them.

After he left, Umm Maimoonah’s labor pains intensified, and she called her husband and asked him to come back home.

“It was around 5:15 pm now and I suddenly felt with real pain some liquid coming out. I assumed it was the water bag. I asked my daughter to lay a couple of bed sheets on the floor and I sat down on the floor.”

She called her husband and asked him to call an ambulance, and paramedics arrived at her home within five minutes.

Umm Maimoonah, a Muslim who wears an abaya and niqaab, would have preferred a female paramedic or midwife to have attended her.

But the crew that arrived at her house were all male.

However, she said that she was very impressed with their professionalism.

“They had the courtesy to get my permission each time they needed to check me and were full of respect,” she said.

“They were very kind to me and my daughter throughout and they never raised their voice nor were rude in any way.”

One of the paramedics asked if he could examine her, and she consented.

He then told her that they didn’t have time to waste, and encouraged her to walk down the stairs of her building as it would take too long to bring a stretcher.

“The guy said ‘sister let’s quickly go down before the next contractions start. Hold my hand and we go.’ “

Umm Maimoonah and her daughter were quickly loaded into the ambulance and they set off, meeting her husband at the end of the road.

He was told that there wasn’t time to see his wife, and instead was asked to go home, pack the bag and meet the family at the hospital.

En route to Women’s Hospital, Umm Maimoonah told the paramedics that she felt the baby was coming.

They examined her, and said that they thought she was within an hour of delivery. They told her to try not to push.

A few minutes later, however, she asked to be examined again. They stopped the ambulance beside the road, and the paramedic who checked her now said that the baby was being born.

At this point, another paramedic arrived who had special obstetric (baby birthing) training, and it was he who brought Umm Maimoonah’s baby into the world.

“He said yes, push now and it will be over. I did not push but it happened anyway with severe pain, and there popped out our little daughter. They were all so happy and congratulated me.”

The paramedics wrapped the baby in spare sheets, and placed her on her mother’s chest. Umm Maimoonah’s daughter witnessed the birth.

“My 8-year-old had a science lesson I guess. I’m not really sure what she really saw. She was worried about me being in pain, but she was brave.”

Umm Maimoonah and her baby daughter were then taken to Women’s Hospital, where they were both washed, dressed and checked over by doctors.

Hospital staff asked her 8-year-old daughter for her father’s telephone number, and they called him and asked him to collect her.

Umm Maimoonah told Doha News that he was upset that staff would not give him an update on the health of his wife and new baby during the phone call.

“They repeatedly told him to come over and collect our daughter, but he had to hear the whole story (of the birth) from my daughter. He was worried until he collected her.”

Mother and daughter were discharged from hospital the next day after being given a clean bill of health.

The couple decided to call their baby Ramlah, one of the names of the wife of the Prophet Muhammad.

Ramlah means a grain of sand, which is particularly appropriate because she was born in the desert, Umm Maimoonah said.

One of the HMC (Hamad Medical Corporation) paramedics who attended Umm Maimoonah, Mohamed Ali Kouki, told Doha News that the birth was a call out that he would never forget.

“As paramedics, a lot of the calls that we respond to require us to assist people who are seriously injured – but this was very different and one that I will always remember” he said.

“The way in which she remained calm and listened carefully to our instructions was wonderful and an enormous credit to her.”

His colleague Mohamed Bouallag added that although it was “not unusual” to receive a call to transport a woman in labor to the hospital, it was the first time in his career that he’d assisted in a birth.

“Fortunately, our extensive training prepares us for every possible scenario and we were able to safely welcome a baby girl into the world” he added.

Meanwhile, Umm Maimoonah said that she simply feels blessed to have delivered her baby safely, despite the unusual circumstances of her arrival.

“Alhamdulillaah all went well and nothing was under our control. All praise is to the Lord indeed” she added. 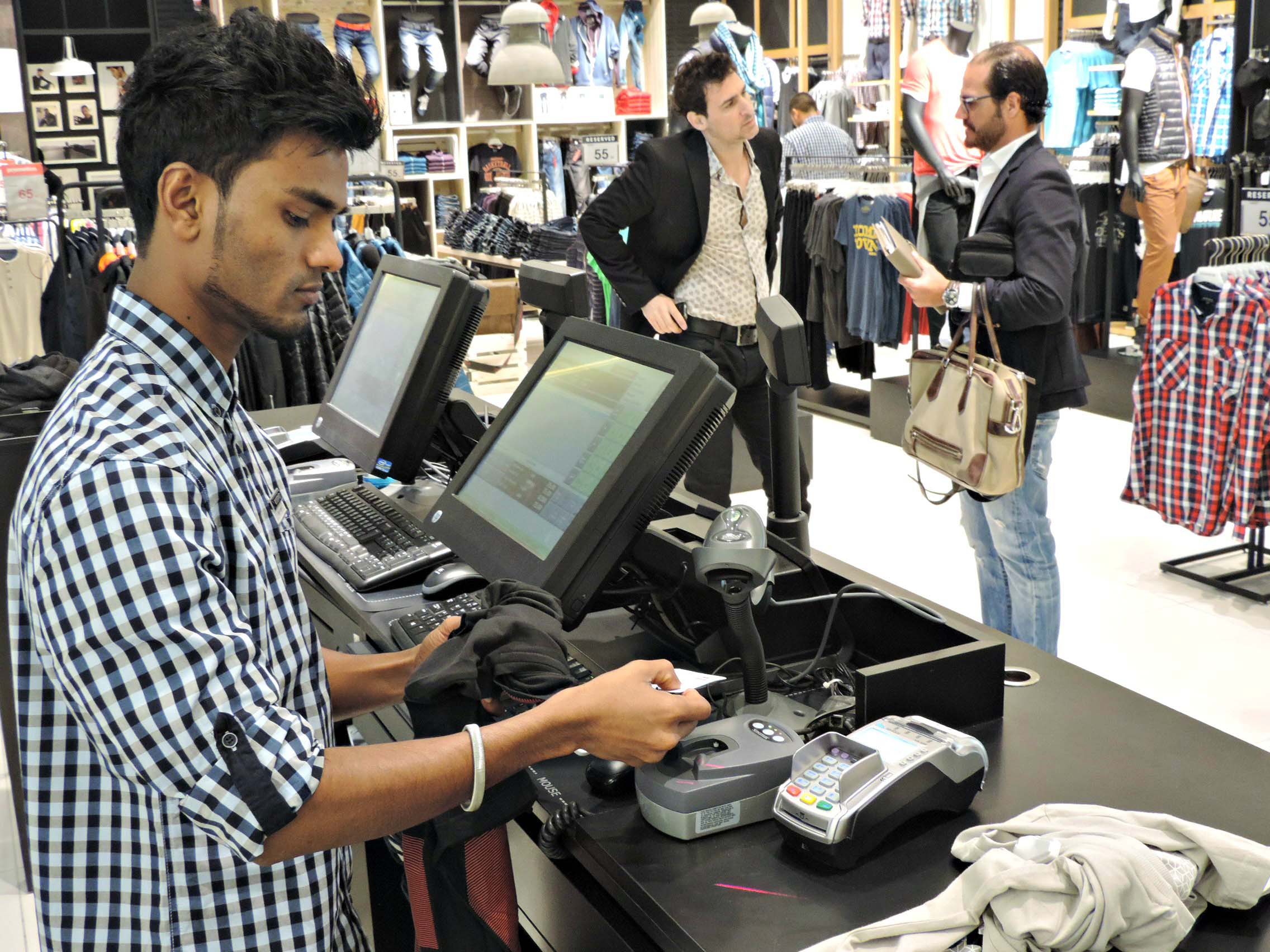 MEC: Arabic-speaking employee, signage a must for Qatar businesses Ministry: Particles in Qatar’s air have ‘zero’ impact on health