Yousef, a 28-year-old Qatari citizen, fell in love with an Eastern European woman four years ago. The pair decided to marry, but the Qatari government refused to endorse the partnership, and the couple eventually felt they had no option but to divorce.

In this opinion piece, Yousef explains to Victoria Scott the difficulties Qataris face when marrying a non-national, and why he believes the system should change.

I met my wife when I was on vacation in Europe. We met through mutual friends, and felt a connection immediately. We fell in love.

I used to be what I’d call a traditional Qatari. I believed strongly in our culture and our values.

So, when I met my wife, I asked myself what I was doing. She was a foreigner, not of my faith and from a different culture.

Deciding to marry her was a difficult decision for me at the beginning for all of these reasons, but I eventually decided that I wanted to live my life with her; love would conquer all.

We married in a civil ceremony abroad, before traveling back to Qatar.

It was all entirely new to her. It was her first visit to the country.

However, my family loved my new wife and she began to settle in. She adjusted, slowly but surely. She got used to our culture. We were happy.

I soon realized that things might not turn out as I had hoped, however.

In the beginning, this was very important to me. I wanted to have children, but I wanted them to have the rights I had.

I didn’t know that I was supposed to have asked the Qatari government for permission to marry a foreigner.

I discovered that there was a special committee at the Ministry of Interior that hears such cases, and that I was going to have to go through the process.

Without the committee’s permission, my marriage would in effect not be considered legal in Qatar.

I wouldn’t be able to receive benefits for married employees at my company, or be given land by the government, which is just one of the benefits for Qataris who get married.

Far worse than that, however, was the fact that we wouldn’t even be able to live together in Qatar. Without their permission, my wife would be denied even a residence permit.

I didn’t think it was going to be an issue, however. I thought it was a matter of process, as I didn’t think someone could decide for me who was fit for me to marry, and who wasn’t.

I thought – I’m Qatari, this is Qatar. It’s a civilized country. No-one is going to tell me who I can marry, as it’s my basic right as a human to choose my life partner.

Loving her ‘not a reason’

I asked people who’d gone through the same process to give me some tips on how to succeed in front of the committee.

They told me that I should not say that I had married her because I loved her; this was not an acceptable reason, apparently.

Instead, I needed to write a memo explaining why I couldn’t get married to a Qatari woman.

This is because the committee seems to be worried that Qatari women won’t be able to find enough Qatari men to marry. They have the right to be concerned about that, but not, in my opinion, enough to regulate our marriages.

I said that I couldn’t marry a Qatari woman because the expenses were too high, and that I’d asked several Qatari women to marry me, but that they had said no.

This was something I didn’t want to do, but the law forced me to be a hypocrite.

I also didn’t tell them I was already married, as they would have automatically turned me down if they knew. I wasn’t supposed to have gotten married already.

I was also told that we’d have a better chance at approval if my wife was Muslim.

It made no difference to me, as I don’t believe that faith tells you who’s good and who’s bad. I didn’t care. I accepted her for who she was – a Christian.

But in the end, I asked her if she’d consider converting to Islam just to help the process along, and she agreed.

She had to go to this ceremony and officially convert. Then she also had a new passport photo taken in a hijab. She had to do all of this for me.

So I submitted the photos, the memo I’d written, and my salary certificate to the panel, and was eventually given an interview date.

The committee is made up of seven men. My father came with me to support my case, to say that he accepted his son’s choice, and accepted her.

They talk to you like you owe them something, in a very harsh way, because you need their approval.

They just asked me over and over again why I didn’t want to marry a Qatari woman. It felt like they ranked people’s value based on the nationality alone.

They told me my wife’s culture and traditions would be too different, even if she was now a Muslim.

And two days after that meeting, they turned my request down.

But I didn’t give up.

I then tried to use wasta. I took my elderly grandfather with me to the Ministry of Interior to see what they could do, hoping that having him with me would make them more helpful, more understanding.

It seemed to work. They said they would approve our marriage. I started to celebrate it with my wife – but it was a trick.

There was a second step. The Minister of Interior himself needed to approve it.

I had to go back to the MOI so many times to ask if he had approved it, as I had learned files such as mine are kept in an archive for many years with no action.

I went every week. They were very nice to me, very friendly and polite, but they didn’t approve my marriage. They just kept telling me they’d look into it.

In the meantime, the only option I had was to keep applying for a tourist visa for my wife every month.

This went on for two years. My wife was living with my family, in my house, but we didn’t feel stable or secure. We knew her visa could get rejected at any time.

Then I heard that the Minister was opening his majlis to citizens, so I went there and told him about my issue in person.

He said he’d look into it.

The next day, however, I was told that my request had been rejected and that I just should forget about it and not follow it up anymore.

They wouldn’t even tell me why.

And then it got worse. The government stopped granting my wife her tourist visa.

It was a horrendous dilemma. I didn’t want to leave Qatar – it is my home. It was where my family is, where my job is.

And if I left my job, I didn’t think I could support my wife financially.

So, I decided to do what I felt was right for her.

I explained the whole situation to her. I said – “we don’t have kids, and you’re waiting for me. I’ve been telling you everything is going to be ok, but I can’t guarantee you anything anymore.”

She had to leave Qatar when her visa expired. We got divorced. I was broken.

I carried on supporting her financially for a while because she had to leave suddenly, but in the end I said it had to stop, and we had to sever all ties. It was hurting me too much.

She has a new husband now, and she has a baby. We keep in touch and I’m happy for her.

But it’s painful to see the woman you loved married to someone else, with a kid. That was supposed to be my kid.

Our marriage changed me. It took my outside my bubble, and made me question our culture’s values.

I didn’t understand why, for example, we Qatari men are allowed to go to clubs where alcohol is served, but at the same time the committee was telling me that my wife’s culture and traditions did not fit ours.

This was not making any sense to me.

I feel that the Qatari government is playing with people’s lives.

It hurt to see my country talking about human rights on the global stage, but then denying citizens the right to marry whoever they choose.

I want to know why my request was refused. Was it because my family isn’t important enough? Do we not know the right people?

I know plenty of Qatari men married to foreign women who got their approval in less than a month, just because they know someone in the government.

And why is it ok to marry a second wife or a third wife, but refuse a man permission to marry just one?

I have so many questions.

This whole experience has affected my mental health. I have had enough.

I want to start a family, but I don’t see myself marrying a Qatari. I’m not going to have a traditional marriage. My mindset is too different.

I have tremendous respect for Qatari women. They are our sisters and daughters, but this is not about race or religion or nationality. It’s about personal choice.

I think I will have to leave Qatar and live abroad if I want to get married to a foreigner. I hate that it has to be like that.

I love my country. I don’t want to leave Qatar or leave my family, but what options do I have? 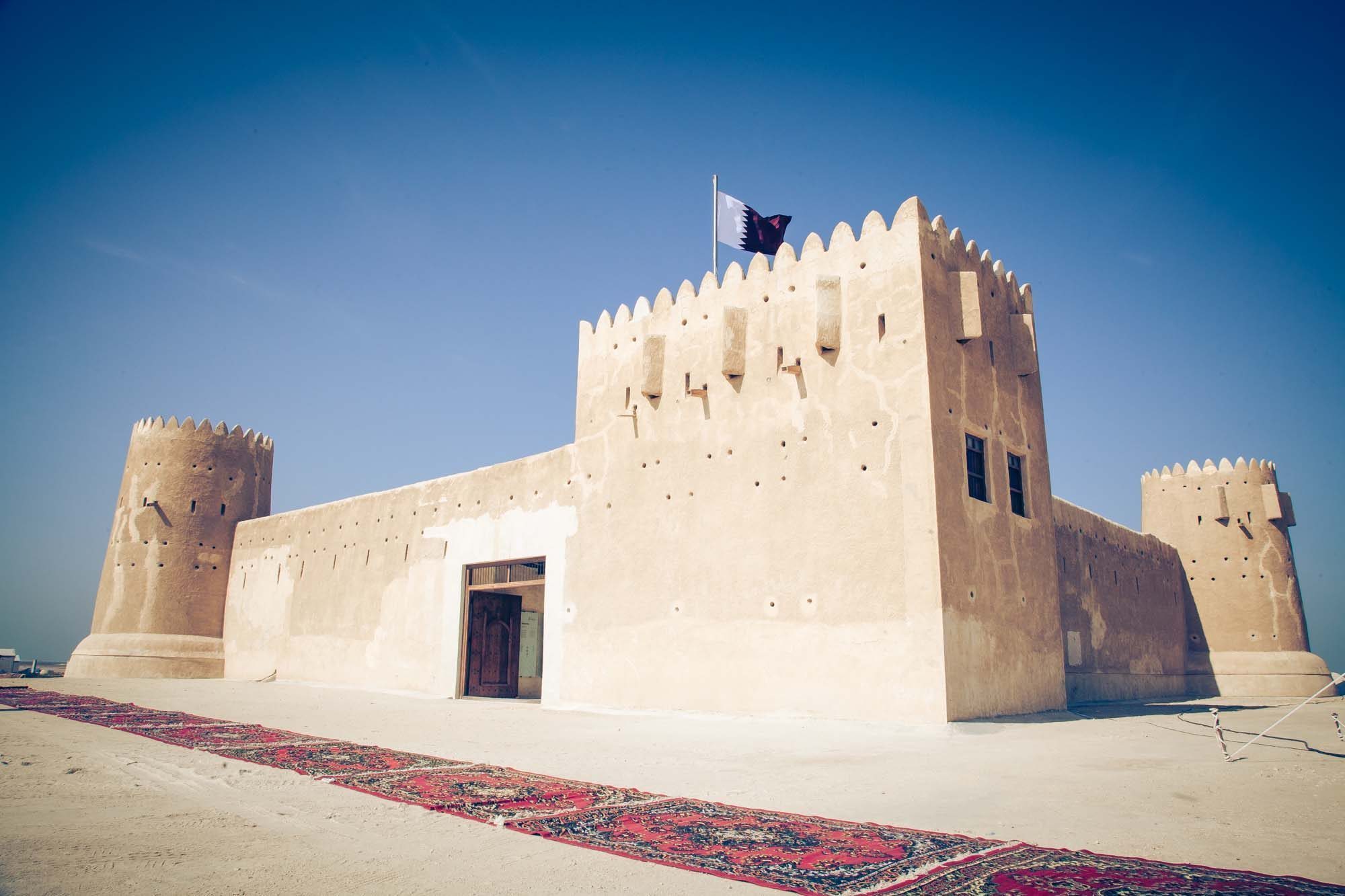